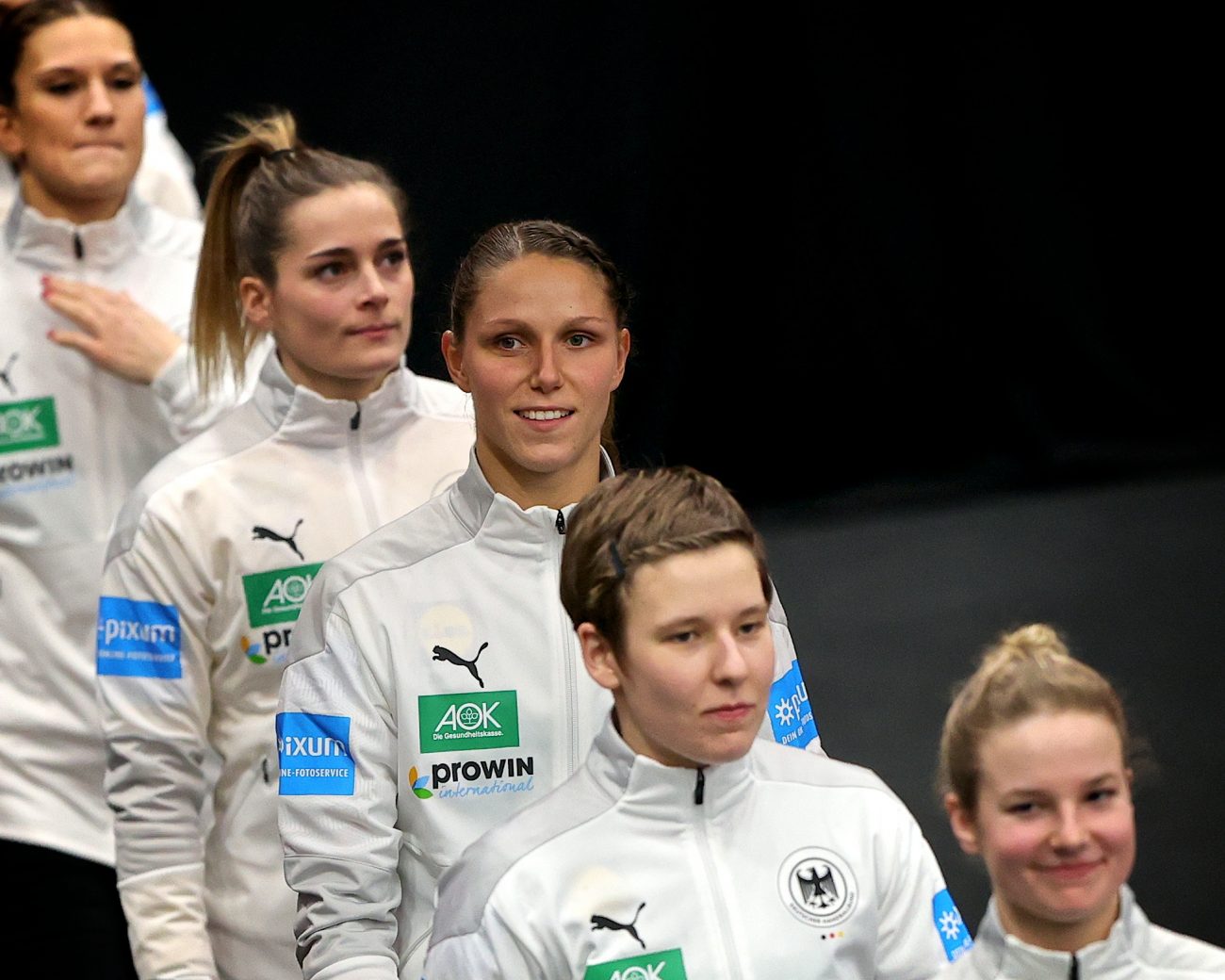 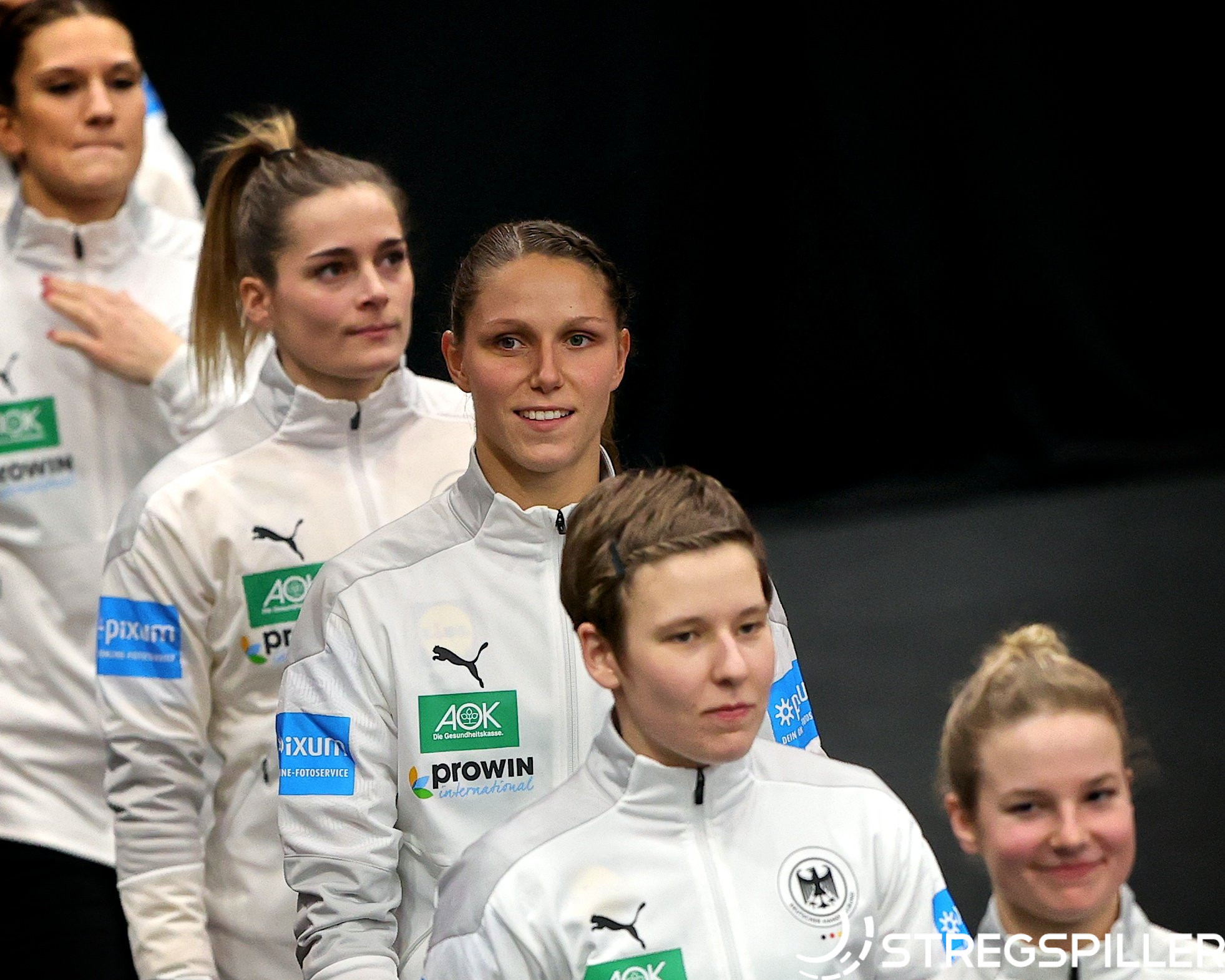 The Women’s EHF EURO 2020 made it to the the main round – not necessarily a given after several Covid-19 related scares in the teams of Romania and Serbia in the early days of the competition.  In fact, the match between Serbia and the Netherlands, in Group C, had to be postponed by one day because of two Corona virus infections in the Serbian squad.

As all teams stay in their hotels all the time – the creation of a so-called “Bubble” had been an important factor to gain the approval  of the Danish government and to get the championship off the ground – concerns regarding the integrity of the hygiene concept were raised, literally over night.

Already preparations leading up to the prestigious, year-ending competition were compromised, Germany being one of many teams affected.  The crew led by captain, Kim Naidzinavicius, was scheduled to participate in the all important Intersport Cup, where they would have met Norway and Denmark.  But, as a consequence of Norway’s 11th hour withdrawal as co-host of the championship, the aforementioned event was cancelled as well.

Before the squad of head coach, Henk Groener, will face their first opponent in the main round – Hungary – stregspiller.com talked with Xenia Smits, one of the players whose performance will be key en route to Herning, where the final round will take place at Boxen Arena, on December 20th.

As EHF EURO 2020 takes place in the midst of the Covid pandemic, all teams are isolated from the rest of the world in their respective hotels, it has created some unique psychological challenges among a myriad of others.

Xenia Smits shares her feelings about life inside the “Red Zone”, the official designation of the bubble concept.

Life in the Red Zone

“Thus far, everything is OK.  At the beginning we experienced a bit of hectic because of the positive (Covid-19 ed.) test results in the teams of Romania and Serbia.  But, now it has calmed down.  We stay on our floor and in our rooms.  Of course, it’s a bit sad that we cannot catch some fresh air once in a while.”

Before Xenia Smits and her teammates will face Hungary, at Kolding’s Sydbank Arena, they will have had a four day break with plenty of time to kill in between practice sessions. How will the team split this time between training hall and outdoor activities?

“That’s a very good question.  We had a change of plan on short notice. First, we were scheduled to play our next match on Thursday, but now it’s on Saturday (December 12th ed.).

“We have to see what times will be assigned for our practice sessions.  This will determine if we can enjoy some more outdoor activities or if the time will be better spend on additional physical exercises to have the ideal preparation for the next match.

“I do hope we can catch some more fresh air (laughing), but if the logistics don’t work out, then we’ll find other solutions to spend the remaining time.”

The tightly controlled hygiene concept for the squads inside the “Red Zone” begs the question, who is deciding if a team can deviate from the prescribed timetable: Hotel-Bus-Arena-Bus-Hotel?

“I really don’t know – our staff is responsible for planning day-to-day activities.  For sure, we cannot leave the hotel on our own.  Usually, we go straight to the bus that brings us to the arena.  But, on Tuesday we had the bus taking us to a park, where we enjoyed some fun outdoor activities.”

Another ramification of the Corona crisis is the lack of spectators in the arenas.  Actually, tickets are not on sale and only a select few are privy to watch the matches in person.  A rather surreal experience. Xenia Smits talks about the pros and cons.

“It can be both – it may sound a bit crazy, but once I am “inside” the team, I am content.  Especially if we can create positive emotions it feels great and it will work to our advantage. It’s when you experience a low point during the match – that’s when it gets more difficult to push yourself and find positive energy without spectators in the ranks.

Xenia Smits hits on a key factor – team character. Without the backing of a crowd, playing on home court, for example, means almost nothing.  A fact, Denmark’s national handball team is currently experiencing at Jyske Bank Boxen, an arena which can seat 12.500.  In the absence of outside support, who are the emotional leaders in the German team – players who can create the spark and provide the energy missing from the ranks?

“All in all, we are a fairly balanced team and emotionally very present .  Of course, we have a few players who stick out.  I have to include Luisa Schulze in this category, she can produce lots of energy on the field, as well as Ina Grossmann, who always gives 100%.”

Taking a closer look at the opponents Germany will meet in the main round, Xenia Smits shares the astonishment of many, who follow the Women’s EHF EURO 2020.

“Croatia has surprised, I’d say.  There weren’t many of us who were expecting this kind of performance from this team.  They have yet to surrender points and we have to be very careful.

“Croatia has done a super job – they had an excellent start in the tournament and found their rhythm early on.  Of course, the Netherlands are dangerous, now that they smelled victory for the first time.

“All of the teams we’ll face are credible – tactically, we have to prepare as good as we can. If we do that, we can beat any of them.  Likewise, they all pose a serious threat if we don’t.”

Preparing for the next match

Considering the exceptional circumstances of EURO 2020 as a result of the widespread Corona pandemic and the different handling of it by politicians and health departments around the world, the psychological challenges for the teams take on special significance as Xenia Smits confirms.

“I do think it’s much more difficult than usual.  You look at your schedule 24 hours a day and wait for the next activity to begin.

“Given the situation, it’s hard to let your mind wander freely – not being able to leave the hotel, grab a cup of coffee and think about something different then handball, for a moment.

“We are trying to compensate for it in different ways – like playing cards or some other games.  Other than that, we  remain in the “Bubble”.

“Thank goodness the atmosphere in the team is very good and we try everything to keep it this way.  That’s the most important aspect for me,” ends Xenia Smits.

Despite the uneven performance of the team, so far in the championship, the mood is upbeat and genuinely positive.  In the main round of EURO 2020, Germany will face:

In Germany all matches can be viewed on: sportdeutschland.tv