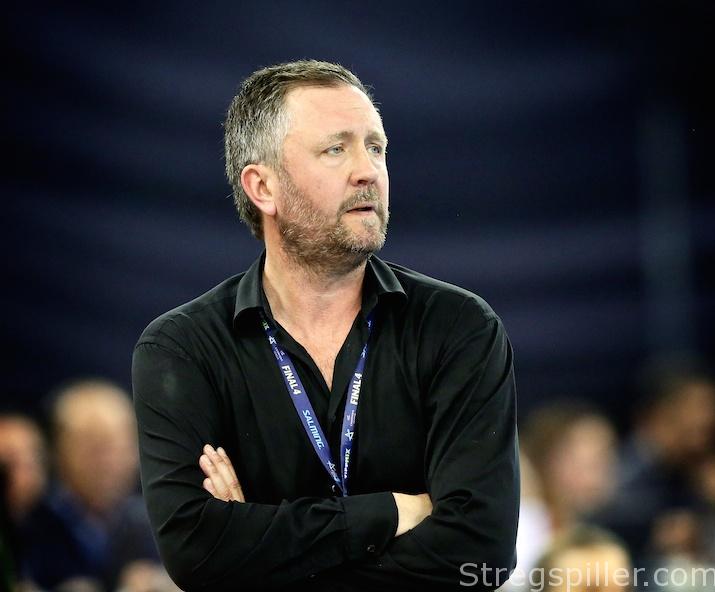 “We can beat any team in the world”

INTERVIEW – Swedish coach Per Johansson is quite content with his Montenegrin team ahead of the European championship.

The initial objective is to reach the qualification matches for the 2020 Olympic Games, in Tokyo, but he does not hide that he and his players are dreaming of something even bigger, already in December.

The trend is pointing upwards for Montenegro’s women´s handball team after Per Johansson took over more than a year ago.

At the 2017 World Cup, in Germany, his crew made it to the quarter-final, where they lost against France, before finishing sixth.

“In our team, we have a fine balance between experienced players and young talents, and I am convinced that we can beat any team in the world on our best day.

“Not every time, but we have the potential of winning, no matter who we face or where in the world we play.

“One of our biggest challenges, however, will be maintaining such high level over two and a half weeks, which is the duration of the European championship,” Per Johansson tells stregspiller.com.

“Before I took over, I had a pretty clear picture of the team, and now I would say that I have a very distinct impression not only of my players, but also of Montenegrin handball, in general.

“I have made a big effort to talk to club coaches in Montenegro as well as visiting the home clubs of my players.

“In this respect, it’s an advantage that they are employed by five different clubs in only four countries. Eleven of them play in Buducnost, the rest in Romania, Hungary and Turkey,” says Johansson who left his first international mark as a coach, when he led Sweden´s women´s team to the silver medal at the 2010 European championship, in Denmark and Norway – Sweden´s finest achievement in women´s handball to date.

Spending time in Montenegro as often as possible

At club level, the 48-year-old Swede is mainly known for his short stints in Bucuresti, where he coached the team at the women´s FINAL4, in the past two years. Apart from these temporary engagement, this past year he spent most of his time with Montenegro’s national team.

“As you know, I went to Romania once again during spring and that was quite a hectic period, but now – as I have no club team to coach – I am able to dedicate much more time to my national team job.

“In Montenegro, I am as often as possible to get to know people and to work with the players.

“I have had many productive talks with Buducnost´s head coach, Dragan Adzic, and his assistant Bojana Popovic – all in all it has been a very positive experience.

“I often watch Buducnost´s practice sessions and I travel with them to their Champions League matches, which is quite useful, as the vast majority of the players I coach, play in this club.

“I have built the team around key players like (Milena) Rajcevic, Katarina Bulatovic, Andjela Bulatovic and Andrea Klikovac as well as the line players. Next to them, young talents like Djurdjina Jaukovic play a big role,” explains Per Johansson who is very pleased with his first year as Montenegrin national coach.

“I think our team has developed a great deal and our results prove it.

“At last year’s World Cup, we finished sixth after reaching the quarter-final, where we did not lose by a big margin against France.

“We also played quite well in the qualification tournament for the European championship,” as he refers to the fact that Montenegro won all six of their group matches, including Poland, Slovakia and Italy.

Tokyo 2020 is the main objective

When Per Johansson opted for Montenegro, he signed a three-year contract, a commitment that expires after the 2020 Tokyo Olympics.

“Our main target is to qualify for the 2020 Olympic Games. To reach the qualification tournament, we must at least achieve seventh or eighth place.

“Of course, if we would win the European championship, we would qualify directly for the Olympics, but our primary objective is to reach the qualifiers. And to accomplish it, we must emerge from our preliminary group, at the very least,” he says.

During the group phase, Montenegro will be up against the World champion from France as well as Russia and Slovenia.

“No doubt, this is a very difficult group, including only strong teams and the same holds true for the following stage, if we qualify for the main round.

“Denmark are almost always among the favorites, while we will get a good impression of Sweden’s strength, when we compete against them in two matches just before EURO 2018. We already know Poland from the qualifiers and Serbia is always hard to predict.

“I do think that sixth place is a realistic goal for us, but as you know, I am working with women from the Balkan and they dream of winning a medal.

It’s legitimate, of course, and it certainly is not unrealistic either,” finds Per Johansson.