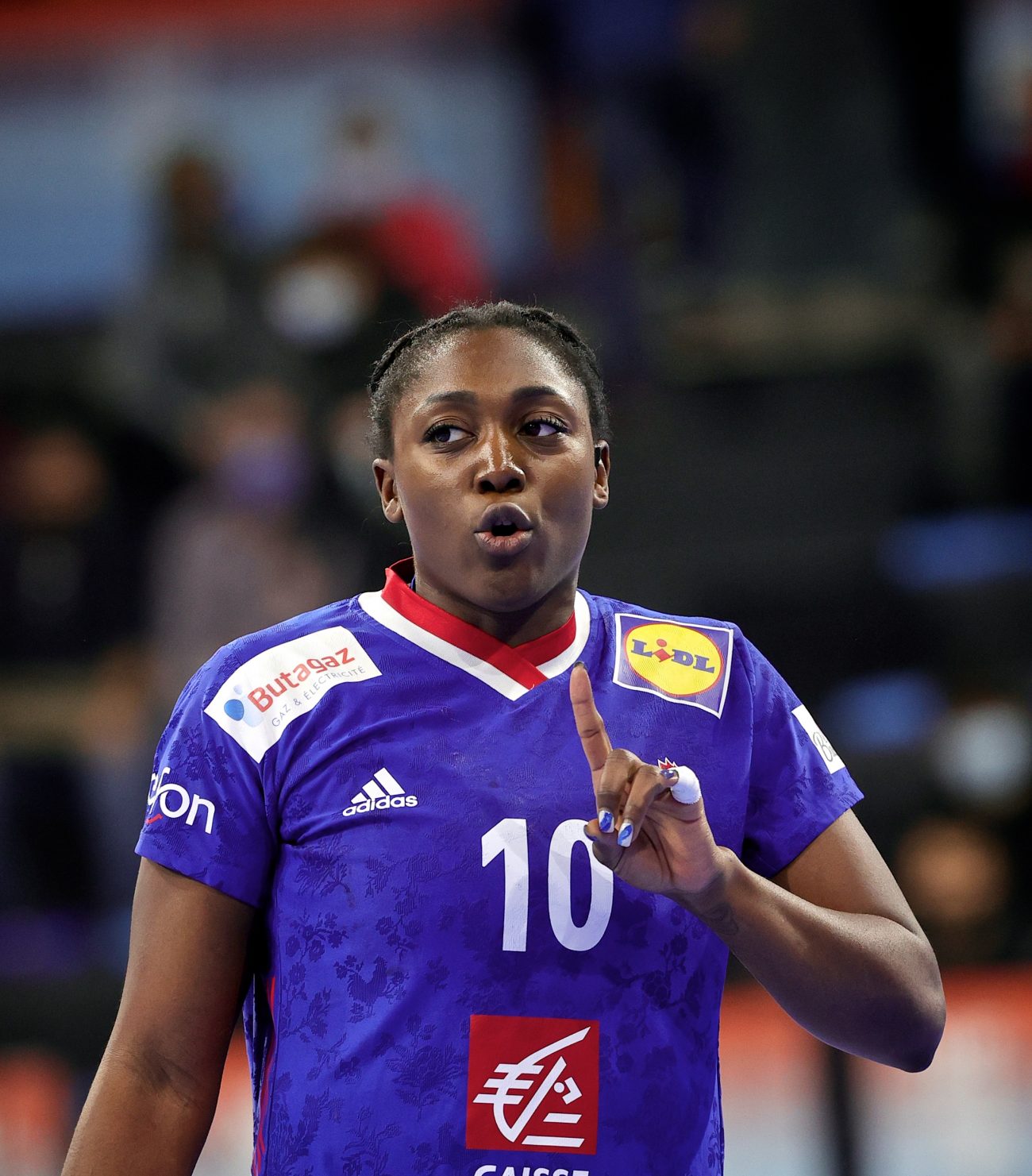 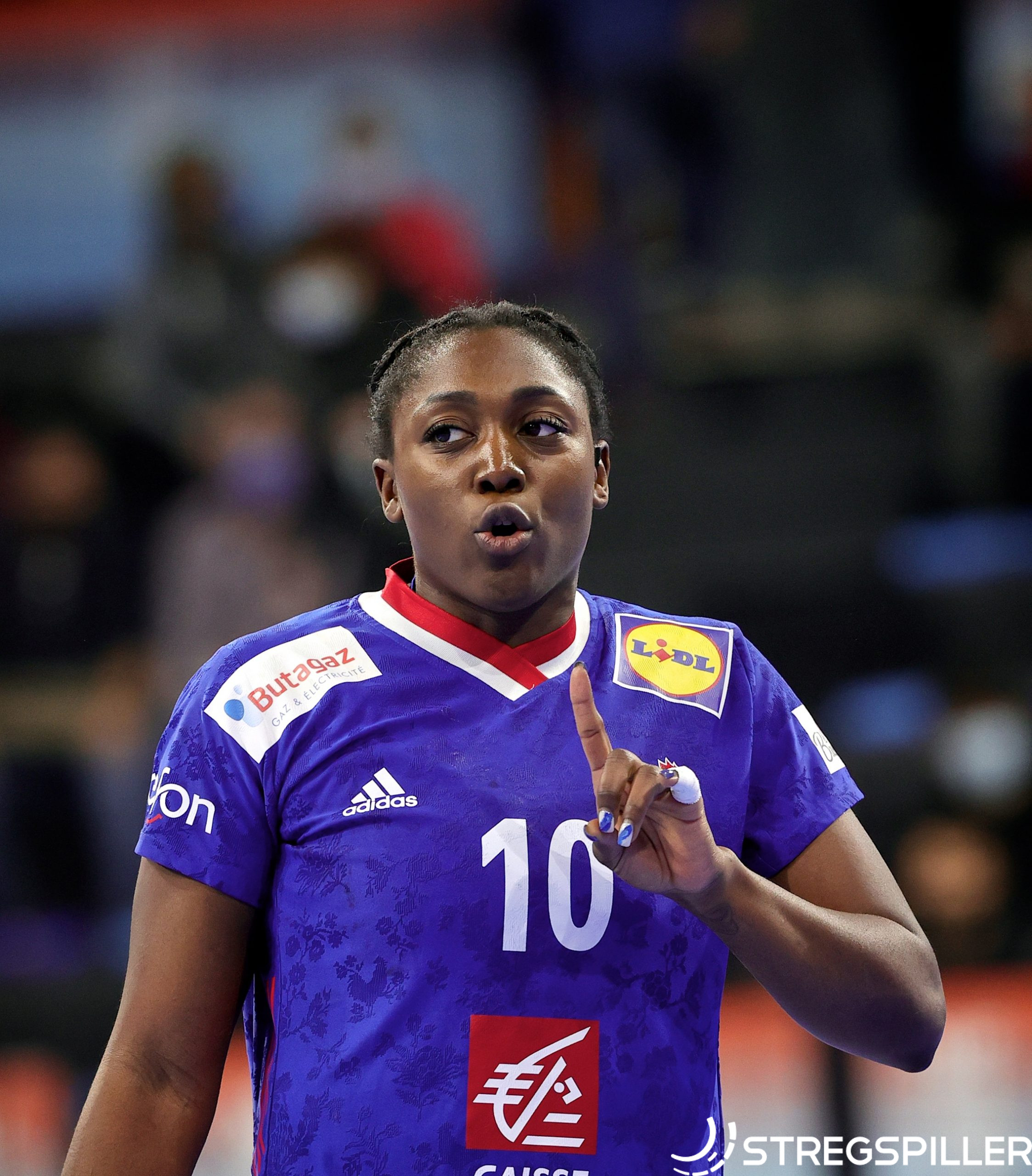 After a heated EHF EURO main round match between the 2018 champions from France and Montenegro (27:19), Grace Zaadi (France) sums up the affair at Boris Trajkovski arena, in Skopje.

Congratulations, this was a very impressive win today.  Was it the perfect match?

Grace Zaadi: No, it wasn’t a perfect match. I think it was a good match. A good match against a strong opponent. Different. And yes, we were mentally strong, physically strong. We were in this bubble and it’s a pleasure to play this kind of game. We scored goals, we scored on fast-breaks. We also relied on a good defense. Yet, we missed some shots. So, I think we could be better at this point. But, it’s already very good. I think that we are doing all right.

I’m a little bit shocked because you say you can be better. How much better can you be?

G. Zaadi: I think so – we have a lot of chances which we missed. Okay, we have great goalkeepers in this tournament. And it’s normal that I’m excited. But, when we have easy chances, I would like us to score on more of these shots. Of course, the perfect match doesn’t exist. I know that. But, I feel that we can reach maybe five percent more. Yes, this is what I would like to see.

I know you have played in crazy atmospheres before. Did this crowd impress you at all?

G. Zaadi: Honestly, no. I wasn’t impressed. I was happy, I think, for the players of Montenegro, because I think it’s always good to have support from the fans. We also had some fans in the arena, and it was a hot atmosphere.

But, I was a little bit upset and disappointed because in the second half they showed bad behavior. They started to throw things at us, they also spit on us. And, this is not a good look for handball. This is not something that we should see on the handball court. For me, this is the bad part of the night. We like when it’s a hot atmosphere, even if they (i.e. the spectators) don’t support us, it’s okay. But, when it starts to get bad like this, it’s not good.

Is France the team to beat by now?

No, I didn’t say Norway. I said France.

G. Zaadi: Yeah – I don’t know. We have a good dynamic. This is a fact. We are happy that we are in a good shape. We are strong and I hope that we can go as far as possible in this competition.

Next you play against Germany. I think this is a treacherous game for you because in September, when you played two test matches, it was close. How dangerous is this match for you?

G. Zaadi: It’s a difficult opponent. We are very close; we know each other. It’s a team with players who can shoot from nine-meters, they are good 1-against-1 with a good defense and good goalkeepers.

They are a physical team and we need to be focused. But, I’m not afraid. I think Germany is in good shape. They showed it against the Netherlands. There they showed a different face.

So, we don’t have to think about the semifinal. We just need to have a good match against Germany and win this game.