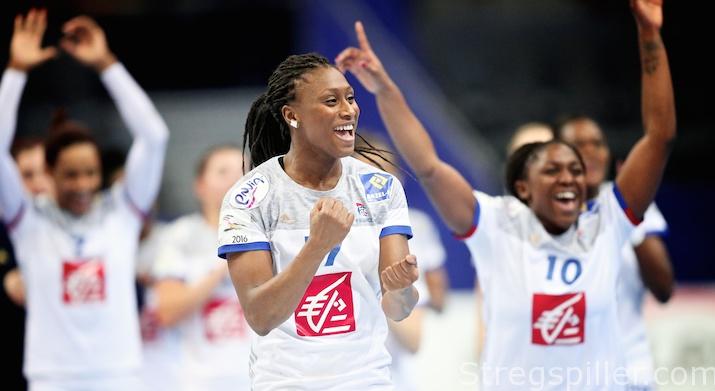 “We deserve it more”

She is one of the best players in the world on left-wing, an Olympic silver medalist and currently playing for Russia’s top club, Rostov-Don – Siraba Dembele (France) takes a look back at the semi-final match against Norway and previews her team’s battle for third place at EURO 2016.

What are the three main reasons why France will beat Denmark in the match for the bronze medal?

Three reasons?  That’s difficult but I will give you one.  We will play a better game of handball.

What kind of game can we expect?

At this point in the competition the bravest and freshest squad will win, as all the players are tired by now.  Of course, we start with each team having a 50/50 chance  for victory but we deserve it more than them.

Looking back at the semi-final match against Norway – can they be defeated at EURO 2016?

Of course, they can lose a match.  In our game on Friday night, we failed in the last minutes.  They exploited our little mistakes and this is the real power of Norway.  They are a very stable and disciplined team and they will punish your errors.

But as I said before – they are not unbeatable.  It can be done.