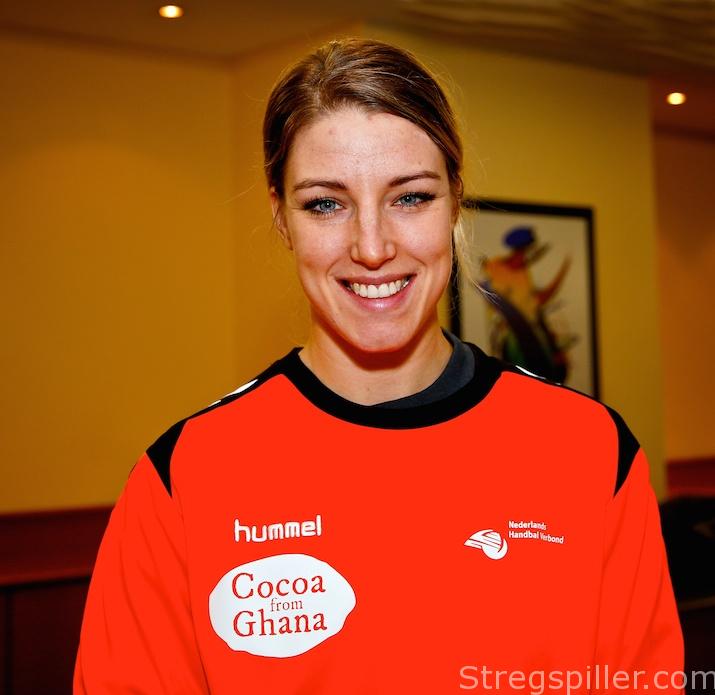 “We feel the pressure”

INTERVIEW – Nycke Groot is fully aware that she is not yet in top form following her injury break, but she hopes to get close to it as World Cup 2017 progresses.

She also admits that external expectations after their final appearances at the 2015 World Cup and the 2016 European championship are putting certain pressures on her and her teammates.

Being a key player is something Nycke Groot has been used to for many years – not only in the Dutch national team but on the club level as well.

She is quite realistic about her role for The Netherlands at the World Championship, where her team started with a surprising 22:24 defeat against South Korea, followed by an outsized 40:15 win against China.

“I am not sure our defeat in the first match was that big of a surprise.

“We knew in advance that the match against Korea would be really difficult, especially as it was the opening game. And I still think there were some good things that we can take along to the next game. I also believe that everyone did what was expected of them – we played a really good game,” finds Nycke Groot.

Having reached the final at two of the three most recent major championships – the 2015 World Championship and the 2016 European championship – The Netherlands have created rather high expectations before this tournament, and Nycke Groot is well aware of it as well.

“Of course, we can feel the pressure and that more or less everyone is seeing us as one of the favorite teams.

“However, you must remember that I, for example, have been out for some time, and the same holds true for some of our other players as well. At least, I think we need some more games to “get into” the competition,” explains Nycke Groot in perfect Danish after her seven years in Danish handball.

Not in top shape yet

As mentioned, Nycke Groot has been sidelined for parts of the fall season due to injury, and she admits that she is still not back at full strength.

“It is really hard to say how far I am from my best form, but in terms of getting back into top shape, a game like the one against China was great. I also find it ideal that our next game will be against Cameroon, as this gives me some more time to find my rhythm before the more serious challenges against Germany and Serbia.

“I really think it is benefitting us that these matches will be played in succession,” says the 29-year-old center back that is not the only Dutch player trying to get back to full strength.

Left back Estavana Polman has returned as well after giving birth to a baby girl, in June. And yet another important backcourt player is not at the disposal of coach Thomsen either.

Maura Visser, is pregnant and the injury of Sanne Van Olphen has reduced Helle Thomsen’s options for the right back position.

Given the circumstances, are these elevated expectations even realistic and what is the team aiming for?

“It is up to you how big of an expectation you want to have.”

“I think we take all the hype rather easy. We believe in ourselves, we know we can play handball, and we are going to do everything possible to get as far as possible.

“Our own plan is to take one match at a time.

“I realize that this may be a politically correct answer, but that’s the way we work right now, and that’s what we are focusing on,” says Nycke Groot.

With Maura Visser out as a substitute, Groot knows that she will have to do some extra lifting.

“Of course, it means more work and more responsibility for me – I find it annoying that Maura cannot be with us.

“That said, however, I think we saw in our match against China that Lynn (Knippenborg, ed.) can take over as playmaker as well, and so can Estavana (Polman, ed.) and Lois (Abbingh, ed.). We have the ability to make those changes so, I can get my breaks,” says a confident Nycke Groot.