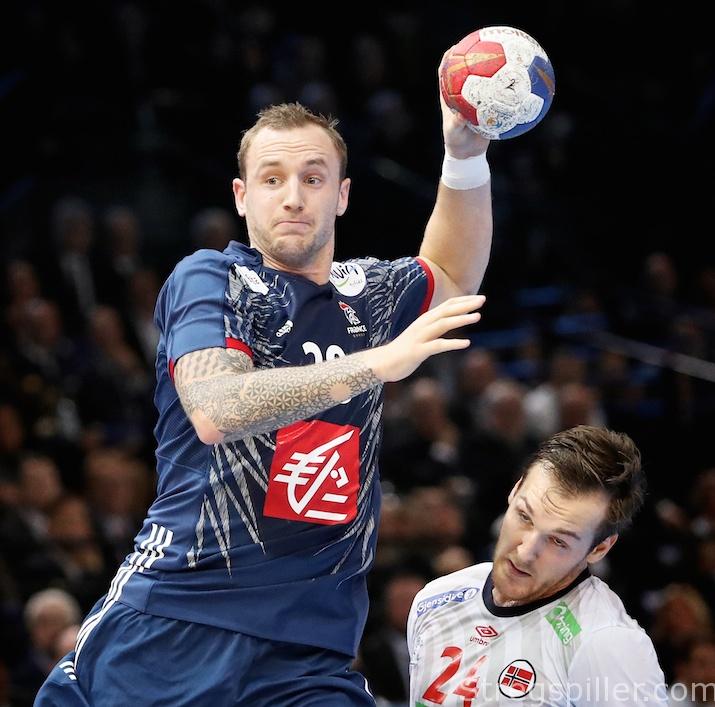 “We have more solutions than ever before”

INTERVIEW – After their tremendous success on Europe’s main handball stage – the VELUX EHF Champions League – where Montpellier went all the way to win the FINAL4 in 2018, this year the French side is struggling to put it mildly. While some players have delivered disappointing performances since the beginning of the new season, right-back Valentin Porte isn’t one of them. In fact, he has been one of the best players of his team. Yet, dealing with all the up’s and down’s can be a burden, even for the most experienced athlete such as Porte.

“In the last two weeks, right before the holidays, I really had enough of handball – I just needed to pause. Physically, I felt that I was on the way down and the Christmas break was more than welcome,” he says.

Thus far not everything went according to plan, in Montpellier. Currently, the situation is not as rosy as some have hoped back in August, but Porte is confident that it’s not as bad as it’s described in the media either.

“Things are not as bad as it may appear from the outside. In the Champions League we’re not out of contention yet – two wins and we might get through. At some point, I feared that all these losses (in the Champions League ed.) may have an impact that would show in the French league, but we managed to keep things separate,” explains Porte, who tries to not get affected by the mishaps on the club level.

“Subconsciously, maybe I care about the results more than I did before. But I’m not crying nor do I lose sleep over it.”

In the national team, Porte’s status is a bit different from the one he has in Montpellier. Of the six, top left-handers that Didier Dinart nominated in preparation for the World Cup, you may think that the player from Montpellier is only one face among all the others. Between Melvyn Richardson, Nédim Rémili, Adrien Dipanda, Dika Mem and Porte, it’s hard to tell who is above the other.

“For this particular position we have more solutions than ever before, especially when you recall that five years ago, we had a right-handed player in the right back court, while I was occupying the wing, ” smiles Porte, who made his international debut at the EHF EURO 2014, in Denmark.

“For the coach, the choice could be complicated. We all play many minutes in our clubs, we’re all good and at some point, when you put yourself in the shoes of the coach …well, you don’t want to this.  You can’t select all of us but you can’t do without any of us either. I guess it’s better to deal with this kind of problem instead of having to chose players that are not good enough.

For many years, Valentin Porte has been the obvious choice, alongside Luc Abalo, on the right side. But now that things are different, he may even face elimination, as Didier Dinart will have to scratch four names off the twenty that are on the list, right now.  Porte may be one of these four. Chances are slim that it will happen but you can’t rule it out either.

“When you’re used to decisions going your way, it’s not something you think about. But when guys next to you are so talented, no matter how good you are yourself, you may end up on the wrong side of the fence. For sure, that would be a pain in the ass, but I’d rather be kicked off the roster because other players are better than me. As long as the team benefits, you have to accept it,” he says.

At age 28, Valentin Porte is the second oldest of all the right backs who currently prepare for the World Championship. He also is one of the most experienced players in the squad, especially in the absence of Nikola Karabatic. But, as he points out, France may have a younger team in 2019, but the squad doesn’t lack experience.

“Players like Ludovic Fabregas and Melvyn Richardson may only be 21 or so, but they already won the Champions League. They’ve more experience than many 30 year-olds. What we miss is experience as a collective, something that gets us through tough periods together,” Porte points out.  He is well aware of the challenges, having so many excellent players for only a few positions.

“Dika Mem, Melvyn, me – in our clubs we’re all doing great and we love to have the ball in our hands. At the same time, this can get dangerous if we don’t focus on the team and our overall performance. When you’ve so many talented players, you can easily lose yourself.”