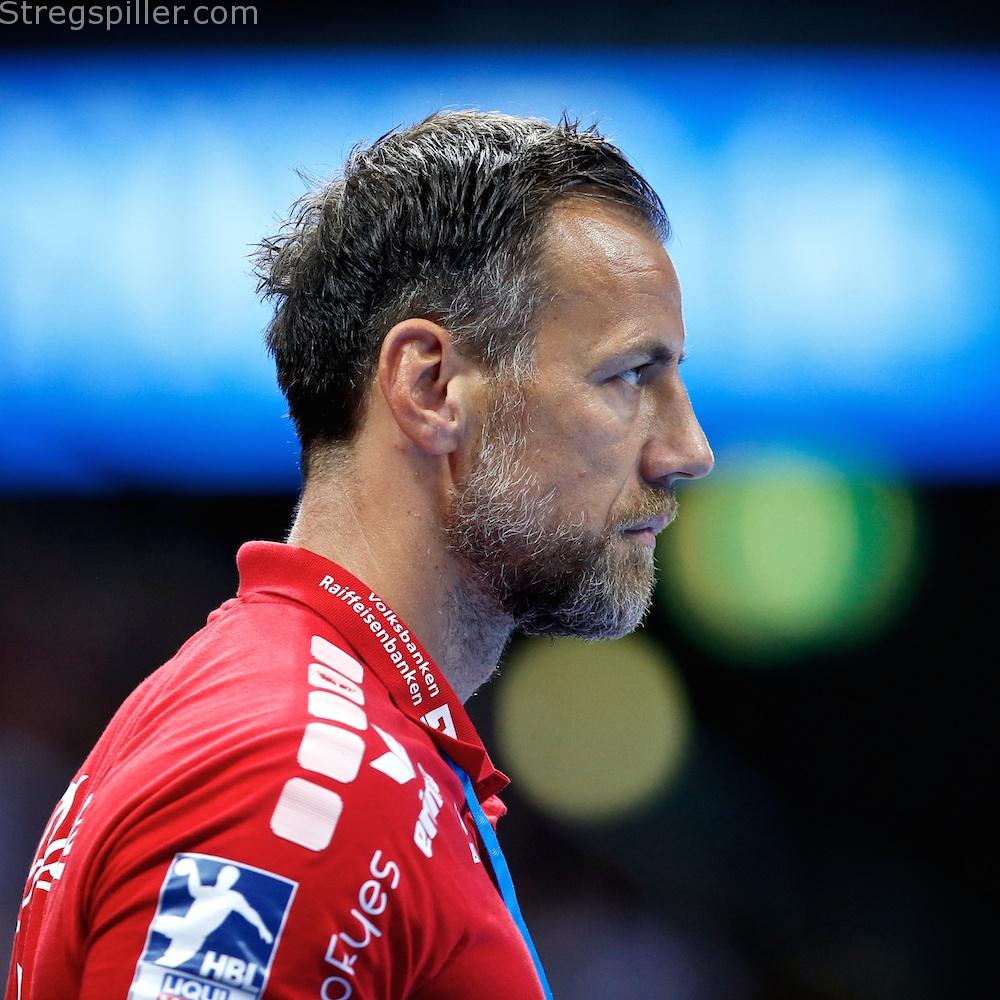 Just over two years ago, Maik Machulla took the helm at SG Flensburg-Handewitt.  Sincce then, he added two league titles to his resumee. As in 2018, he also had to part ways with key players over the summer, but after winning the Super Cup against Kiel, last Wednesday and what appeared to be an easy win against MT Melsungen, on Sunday, he loves what his team has delivered, thus far. In this interview, he allows an inside look at the rise of Gøran Johannessen, his tactics and the upcoming game against Rhein-Neckar Löwen.

Congratulations to a great start to the new season. Against Melsungen, your team had some problems to get going early on, what didn’t work out in the beginning?

MM: Thank you. Well, Melsungen did some things we didn’t expect. They surprised us a little bit. But, when I switched the defense system we got better control of the game and we fought ourselves back into the match. Sure, we missed some chances from the wing, but overall we played with great structure and in defense we showed great attitude and worked hard. That made the difference in the end.

You already mentioned the switch in defense. Why does the 5-1 system work so much better?

MM: Before, we were too passive. We wanted to be a little bit more defensive against Julius Kühn, but then he scored three times. We switched and his momentum changed – it forced him to make other decisions. It worked out well. But, there are only a few players in the league with the shooting ability of Julius Kühn. That’s what I told my players as well. If he scores we can still change our formation. That’s what we did and the guys adjusted well to it.

Gøran Johannessen did a great job on top of that 5-1 formation. Are you surprised how much of an impact he can have on the defensive end?

MM: I know that he is a very good defense player, especially at the half-back position, when we play a bit deeper. He never played on top of the 5-1 setup.  So, he doesn’t know it. But, we practiced it a lot during pre-season. We also talked a lot about how we want to execute this particular system. He is a player with a high handball IQ and he can read the game. He did very well. I want to use this formation again in the future, so we can be creative in defense and present our opponents with some new problems.

Did you notice a difference between this game and the one against Kiel, on Wednesday, which was called a “friendly” encounter by some of the pundits?

MM: I think we showed a higher willingness to work hard, today. In the Super Cup against Kiel we had a lot of energy because it was a derby and because of the opponent we played against. I’m happy that we played the Super Cup; a game on such a high level. Winning the Super Cup built our self-confidence going into this game (against Melsungen ed.). It’s very good for the development of my team to see that we are able to beat quality teams without Tobias Karlsson and Rasmus Lauge. I also recognize that we still have plenty of options. But, we have to keep in mind that we have to be 100 percent willing to work hard in every single game in order to be successful.

So, maybe it’ll be a real advantage to host Rhein-Neckar Löwen next. They seem to struggle a bit with so many new players to integrate and a new coach?

MM: It’s a team that gained in quality with all those new players. They invested a lot into players like Romain Lagarde and Niclas Kirkeløkke. I expect a squad (Rhein-Neckar Löwen will visit Flensburg this upcoming Thursday ed.) that knows what to do and how to play handball. They have players with great individual class. It’s a top team, which will play for the title, for sure. We are looking forward to this game, as we’ll play on home ground again. Our fans are looking forward to see us, and we are looking forward to see them. And, then it will be all about playing at full speed for 60 minutes.

Does the victory against Melsungen take away some of the pressure heading into the match versus Rhein-Neckar Löwen?

MM: Absolutely! We said from the beginning that our first few matches are quite tough. We’ll know better what kind of season we’ll be looking at after the first five games. Wetzlar and Kiel we’ll play away from home and we host Löwen and Erlangen. That’s why I’m quite relieved that we were able to win against Melsungen, today. The way we went about it makes me really proud, as I saw many elements in our game that worked out well. But, we have to improve in offense, that’s for sure.