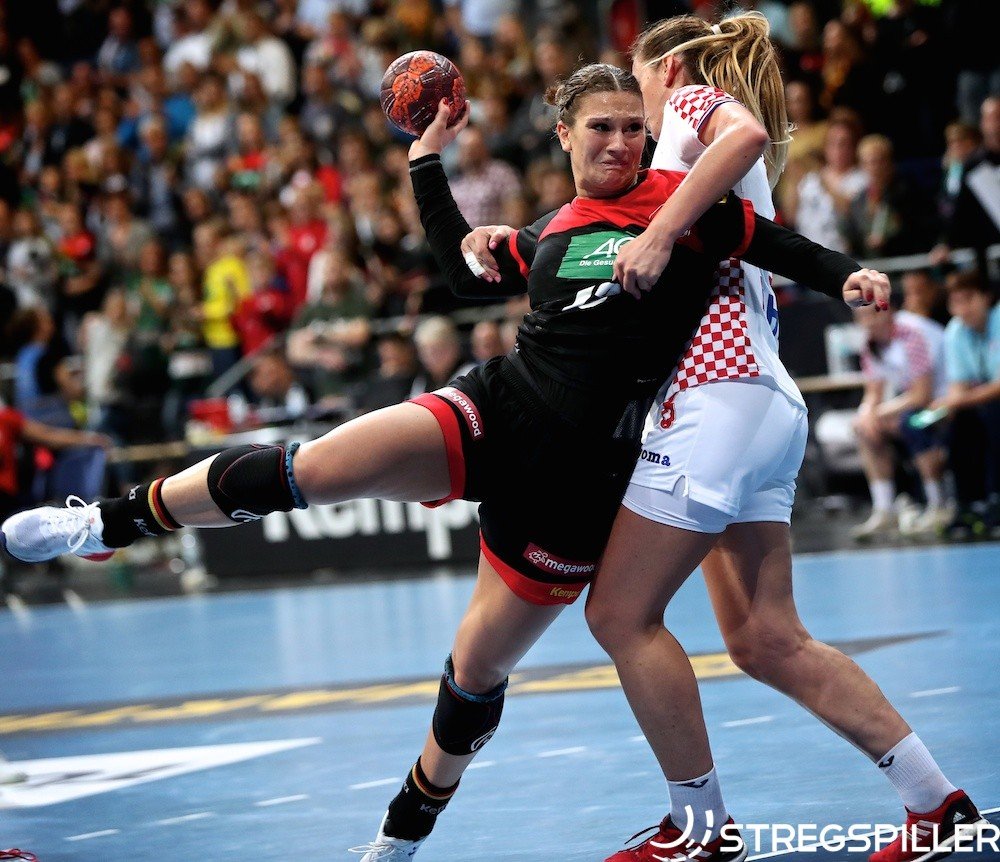 “We have to push full speed to function as a team”

After 60 minutes, the scoreboard read 32:23, but the match was decided by the 13th minute already , when Julia Behnke extended Germany’s lead 9:2. Croatia’s young squad tried their best but ultimately their lack of strength and experience was no match for a much improved German team.

Naidzinavicus & Co. ran away with an easy nine-goal win that at no point in the game was in jeopardy. After the match, line player, Julia Behnke (Rostov-Don) reflected on “Tag des Handballs”, the performance level of Team Germany six weeks before the IHF World Cup and her move to Russia.

“Tag des Handballs” – what’s your overall impression of the event here in Hannover?

The atmosphere was really amazing, it’s something you wish for every time you take to the court – a super cool event, very well organized and it added a lot of extra energy to our game. For the most part of the match we showed some good handball and we leave Hannover with a good feeling.

How do you rate the performance level of the team, about six weeks before the World Cup in Japan?

We can’t be too satisfied with several of our games over the past few months, except the one today. Maybe at this stage a step back was necessary as it serves as a wake-up call?

It only shows that we have to be on point from the very beginning; we have to push full speed to function as a team. Today, we took a step in the right direction – still, we do have a lot of work ahead of us, until December.

You took a big step yourself, when you joined Rostov-Don over the summer – how do you sum up your experience in Russia, thus far?

I am very satisfied how I have been received in Rostov, not only by the girls but all the officials as well. Everything was extremely well organized and my move happened without any interruptions.

Practice sessions in Rostov are enormously demanding, at the same time it’s a lot fun and it ‘s high quality training.

Right now, all I can say is that I took a big step in my development as a handball player and I look forward to gain even more experience in the coming months – I feel good in Rostov.