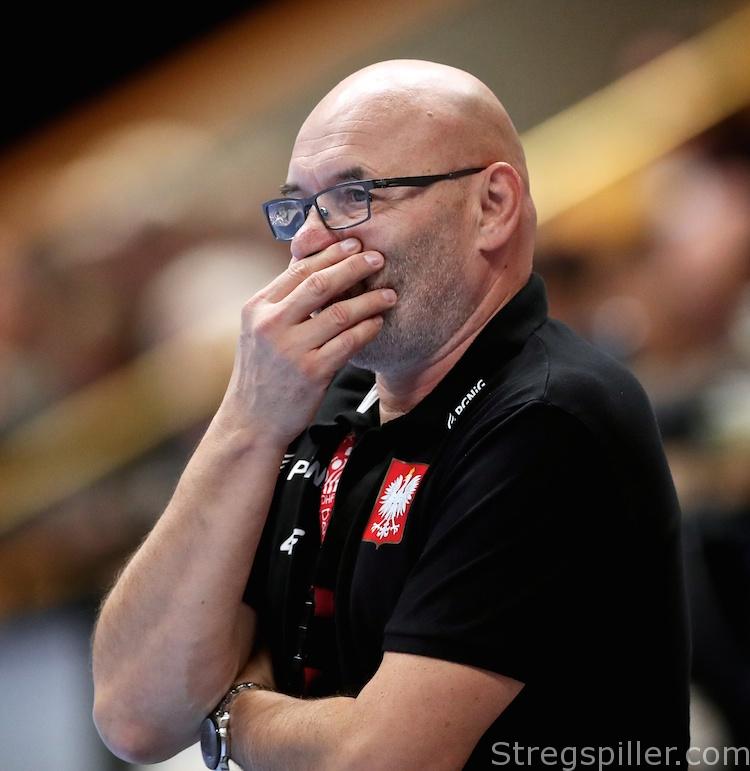 “We need to show our strength in championships as well”

At the Golden League in Denmark earlier this fall, Poland showed up considerably improved.

Following a loss against Norway in the opening match, Poland’s women managed to defeat the Danish host as well as the ruling World champions from France.

“We have every reason to be content with our performance in that tournament and the way we improved.

“However, it’s a typical performance of our team over the past two years that I have been in charge.

“We play well in friendly matches and in test tournaments, but we still need to show the same strength and stability in a major championship,” national coach, Leszek Krowicki, tells stregspiller.com.

“If we can stay consistent, we may not be that far off from the level the team achieved under Kim Rasmussen.

“However, it is extremely difficult to project exactly where we stand with this team at the moment, because our performance fluctuates so much,” finds 61-year-old, Leszek Krowicki, who took over from Danish, Kim Rasmussen, in 2016.

The results in Denmark, two months ago, appears to be even more respectable, considering the fact that Poland were missing their greatest star – Karolina Kudlacz-Gloc.

Now, the experienced playmaker has returned from injury, and – understandably – her coach is happy.

“Actually, it’s hard to imagine our team without Karolina.

“She is not only a very important player in our game and a brilliant leader, but she is just as critical off the court as our team captain. The fact that she is back certainly boosts our hopes at EURO 2018.

“Now, with her back in the squad, I am excited to see what our last training camp will reveal in terms of our team´s performance level,” says Leszek Krowicki.

The toughest of all competitions

At the upcoming European championship, Poland will face Denmark, Sweden and Serbia in the group phase, in Nantes, but for Poland’s coach, the opposition does not make that much of a difference.

“All groups at a European championship are difficult and that’s the case this time as well.

“In our group, all teams can beat each other on a good day, and that’s pretty much the same in all the other groups as well.

“A European championship simply is the toughest tournament of all because all the quality teams are present.

“This will always make a European championship so much more challenging than any World Cup or Olympic tournament,” concludes Leszek Krowicki.

If he finds the teams in the preliminary stage of the competition to be tough, he will find even more severe opponents in the main round if Poland will make it this far.

Here, Poland would meet the reigning World champion, France, the Olympic champions from Russia and, in all likelihood, Montenegro. But, he does not want to look too far down the road, yet.

“Honestly, I am not giving the main round much thought, yet. Our focus will be set on proceeding from the group stage, as this may be hard enough. So, first, we’ll concentrate on our three opponents that we will face there.

“If we move on from the group, we can talk about what comes next.

“Our most important objective is to qualify for the World Championship, in Japan, next year and then for the Olympics in 2020.

“We are very determined to get past the group phase and then we’ll see what comes after that,” says Leszek Krowicki.