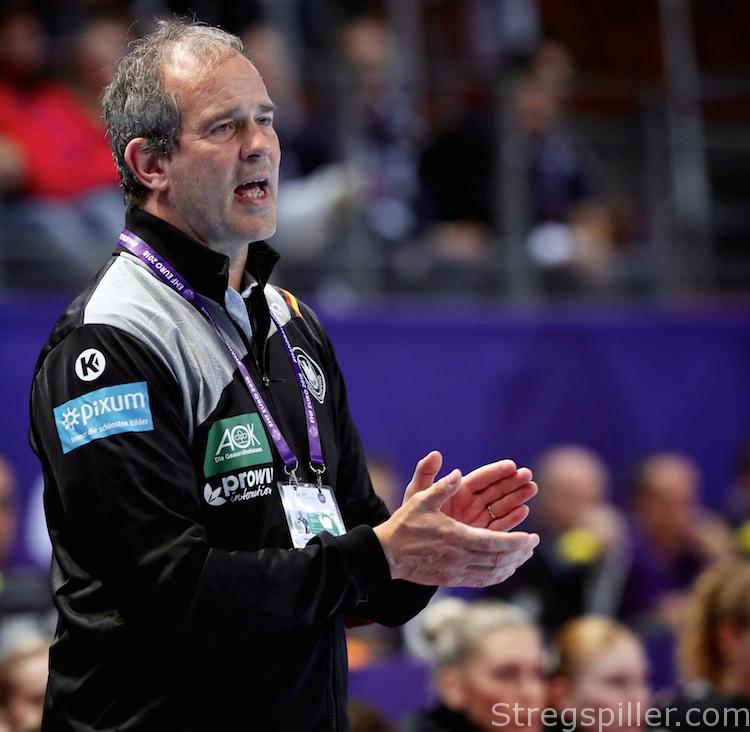 ”We still feel no pressure”

INTERVIEW – Germany took the world of handball by surprise, when they defeated Norway in their opening match at the 2018 EHF European championship.

Even though such achievements create expectations, literally over night, national coach, Henk Groener, finds that his team can still play without pressure.

Henk Groener enjoyed tremendous success as coach of the women´s national handball team in the Netherlands, when he led the orange clad squad to the World Cup final, in 2015.

Based on the success, expectations were running high, when he took over “Die Ladies” from Michael Biegler after the most recent World Championship, in Germany, last year – a tournament, which the German host exited early, in the Round of Last 16.

The 58-year-old Dutchman appears to be well on his way to live up to those expectations once again, when his team delivered their most impressive performance so far under his reign, defeating the defending champion, Norway, 33:32 in their opening match at the EHF European championship. And, he has no second thoughts, when asked how his team reached the unexpected triumph.

“There really is no secret behind it. In fact, I do not think there are many secrets in handball, but in this case, we succeeded by forcing Norway to play position handball while denying them those fast-breaks, which usually are their strongest weapon.

“We kept them from getting the easy scoring opportunities, as we played a very disciplined and well planned game of handball when in attack.

“This way we offered ourselves the chance to win the match and also because of our defense work – all of it providing us a number of fast-breaks.

“Furthermore, we never lost our composure and stayed calm. This was an important reason as well, explaining why we were able to keep up with Norway all the way, and eventually deciding the game in our favor,” Henk Groener points out to stregspiller.com, one day after the win.

Before the match, Groener mentioned that every team has a soft spot and his intention was to uncover Norway´s weakness.

“In fact, I think it applies to all teams. If you take away their opportunity to score easy goals, you force your opponent to work and make mistakes.

“Yesterday, we saw it too. We had prepared our offense very well and we played exactly the way we had planned. It put us in a position to find the gaps in Norway’s defense,” sounds Groener´s analysis of the match.

Two of Germany’s key players, Xenia Smits and Alicia Stolle, both agreed that one of the reasons for the win was the fact that they could play without any pressure.

After beating a quality opponent like Norway, the team cannot possibly avoid attracting some sort of attention. Is it possible to go on playing and not feel any stress? According to the coach it is.

“Yes, why not? We still feel no pressure. We have a great team spirit and we want more.

“Yesterday, everything functioned very well – more or less. We all know that the match against Romania is in front of us and it will be a completely different team with its own specific strengths and weaknesses.

For us it will be crucial to approach the game in the same way as we did the one against Norway. We are well aware that if we lose our next two matches, we’ll be out of the competition and will have achieved nothing.

“We know we have to collect more points and the next chance to do so presents itself on Monday evening.

“I am sure, we will play just as free of pressure once again, as the girls are very determined. And, what’s even more important is the fact that they have fun playing handball.

After succeeding in uncovering Norway´s weakest point, it now becomes the question if Germany’s coach can find Romania´s soft spot?

“We will see, on Monday. I can guarantee you that we are working on it,” concludes Henk Groener.