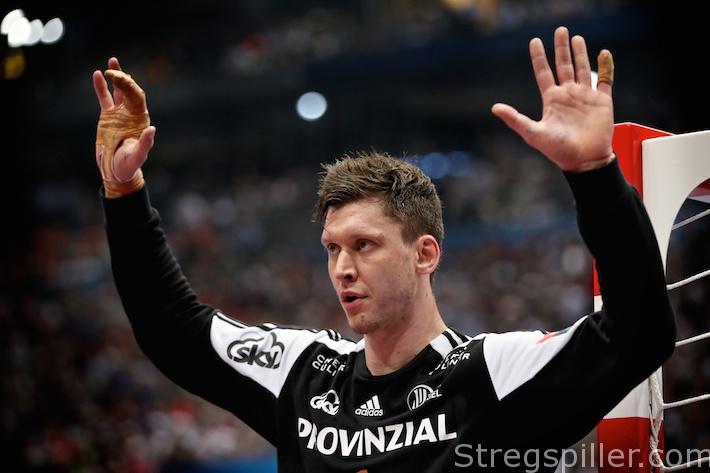 Yes, you might have heard this claim before. Toronto, one of Canada’s most attractive cities, is using this slogan to promote itself. It’s a little bit less cold in the North of Germany, like in Kiel or Flensburg for example, but it’s getting especially hot when the two handball superpowers are facing each other.  As both sides fight for points three times within a two week period, we will take a closer look at possibly the most intriguing classic in all of handball.

The history of the derby, as fans of both teams call this match, doesn’t date back to the 60’s or 70’s.  Actually, the first derby was played in 1984, when THW faced SG Weiche-Handewitt in the German cup.  The final result, 14-12, shows how different the game was back then.  Uwe Schwenker, nowadays the league president, and Frank Dahmke, father of Kiel’s current left-wing Rune, were part of the first North classic.

More than 32 years later the two clubs, one of them now called SG Flensburg-Handewitt, are fierce rivals at the highest level.  Both teams have won the EHF Champions League within the last five years, but Kiel has experienced far more success on the domestic level, totally dominating the Bundesliga in the past two decades, while Flensburg was able to celebrate just one league championship.

Not only has the sport changed over time, the atmosphere surrounding the game is not what it used to be.  Yes, players and coaches alike still rate no matchup higher than Kiel against Flensburg or Flensburg against Kiel, but when you face each other so many times and not just twice a year, it’s just not the same event anymore.  Just think about having a lobster every day!  Suddenly fish and chips becomes the special dish for you.

Luckily the first of the three fixtures between the two teams was a Bundesliga game, obviously the one with the most meaning. Flensburg started the season on a nine-game winning-streak, while Kiel lost once, in Wetzlar, but otherwise maintained a perfect record showing no problems of integrating two of their future cornerstones – Nikola Bilyk and Lukas Nilsson.  Everything was set up for a game to be remembered.

The players didn’t disappoint either.  Flensburg stormed to a six-goal lead during the first 30 minutes, but wasted half of it before the break.  In the second half it was Andreas Wolff who took over in goal.  Wolff, the next German goalkeeper legend in the making, saved one shot after another.  He was also able to get into the mind of Anders Eggert when the Dane was set to shoot a penalty with Kiel one up – time had already expired and something spectacular had to happen.

As you might have heard by now, Eggert hit the post and the players of THW started to celebrate Wolff.  For him it was the first Northern classic, one he will never forget.  While Magnus Wislander, Klaus-Dieter Petersen, Lars Christiansen or Michael Knudsen were the faces of the derby in the past, Wolff used the spotlight to start a new era. “If we fight like this there’s nobody that can stop us”, he said after the game. Welcome to the derby, Andreas.

I’m curious to see how the next two games will evolve.  The Bundesliga match was as competitive and aggressively fought as always.  But please – dear handball officials – make sure that games like this one don’t become an every-day occurrence, because having a ”lobster” that often it doesn’t feel special anymore.