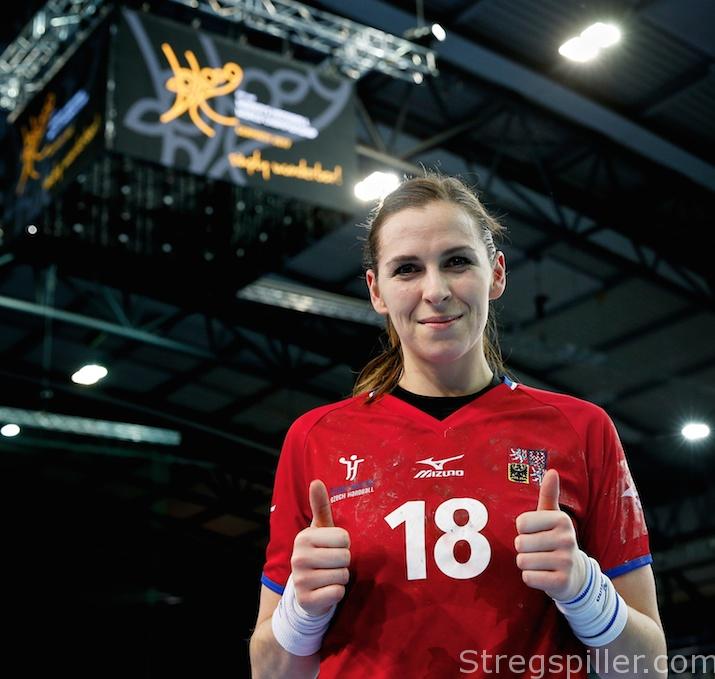 The Czech Republic made an impressive second-half comeback beating favored Romania in the Round of Last 16, 28-27, in Leipzig.  Iveta Luzumova assisted on the final goal by Michaela Hrbková, just seconds before the end of the game, right after Cristina Neagu had tied the score from the penalty line, a few moments earlier.

First of all congratulations, Iveta.  I’m a bit shocked because I didn’t believe it was possible, especially after the first half…

IL: I think everyone is shocked right now, including us, but positively. We said during half-time that we have to continue, that we are able to come back, and that we will make it.  In the second half, we were much better in defense – everything worked out quite well. In the final seconds we used a set play which we trained yesterday and we won – well deserved, I think.

What did you change tactically?

IL: Our coach told us to be more aggressive against Cristina Neagu, because she had already scored eight or nine goals, that was way too much. I think they were quite getting tired towards the end of the game and we used it to our advantage.

Before the tournament you told me about a young, hungry team. Now you are in the quarterfinal, that’s an amazing achievement for your team, isn’t it?

IL: It’s historic for us, we have never been to the quarterfinal at a World championship. I still can’t believe it, now we have to enjoy it in the locker room.  Actually, I don’t know what to say, because I’m also shocked and surprised.  I’m very happy and even happier that some fans from the Czech Republic came over. I just can’t believe it!

The next opponent will  be The Netherlands, most likely, as they face Japan. What do you expect from them – it’s a very fast squad?

IL: We have to rest well and we need some time to regain all our energy. We have to prepare very well tactically as The Netherlands have an incredibly good team. They play fast, they play tactically well. Our coach has to prepare us as good as he can and tell us what to do.

Will it be the most important game of your career?

IL: I think so, yes. I also play Champions League, but you can’t compare those matches. To play for the Czech Republic is something special, something different. And I’m really looking forward to the next game.