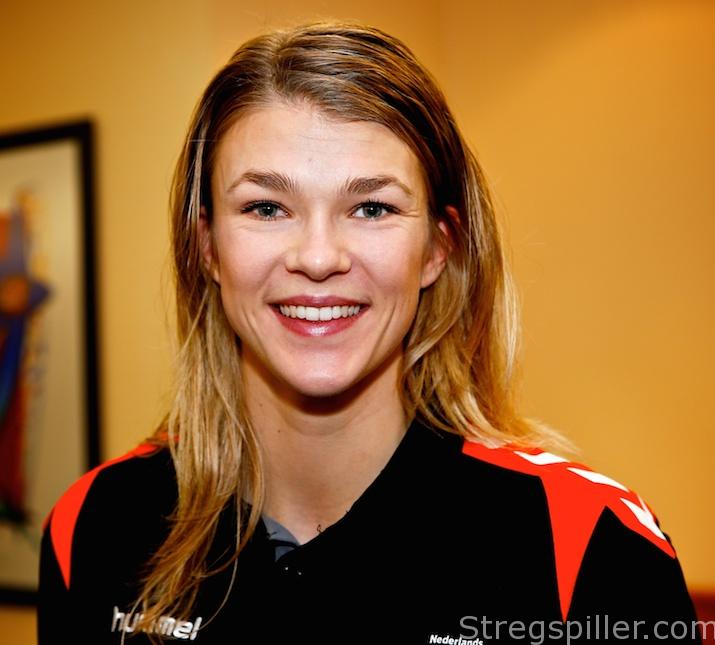 “We all want to win that gold medal”

Goalkeeper Tess Wester (SG BBM Bietigheim) is one of the key players of Team Netherlands at the 2017 World Cup, in Germany.  After the first two days of game action she sums up the dynamics of major international tournaments, what makes them special and what she thinks about her new coach, Danish Helle Thomsen.

You started with a tough loss against Korea – I had the impression that you were a bit surprised by them?

TW: No, we knew it was going to be a tough match. They have a good team and we have never won against Korea. You also saw it against Germany, yesterday. They are quite good and you have to take them seriously.

Yesterday, however, I think you were extremely focused, because at the end of the day it’s not that easy to play against teams like China.

TW: That’s true. Against China it’s not easy in a way that you don’t know exactly what they are going to do and you also have to be extra focused. But I think we managed it well.

Is it fun for you to play games like the one against China which you win by 25 goals?

TW: Not more or less fun than any of the other matches. I like to play World championships or European championships -such games are always a lot more fun. But I can’t say that I rather play against China than Serbia or whoever. All games are important. So, it does not make a big difference.

Cameroon will not be a real test for you, Serbia and Germany are your key opponents down the stretch. Did your approach change in any way after your loss against Korea?

TW: I think nothing changed. We started the competition with the objective to win every match and I still think that’s how we approach it. Obviously, it’s not easy to start any tournament with a loss, but it happened last year as well at the European championship. I think we have the two toughest matches towards the end of the group stage, against Serbia and Germany.  But I’m really looking forward to them.

You know the German players and their favorite goal corners quite well, as you play in Germany. I assume that’s quite an advantage for you as a goalkeeper…

TW: I don’t know, it can also add a bit more uncertainty. I remember that last year, at the European championship, I had an 18 percent savings rate to there about – really, really bad. I can’t say if it’s an advantage. The girls also know me and it can create doubts on their end as well. You think you know but do you really know it?  Because players are not dumb and they know where they like to shoot and they know that I know. It also depends on defense. Anyway, it’s a new game, 60 minutes, and we will see what happens.

Did you follow matches from the others groups as well, and did some of the results surprise you?

TW: Yes, of course. – you can see that it’s starting a bit different than most expected.  France lost one, and Poland won against Sweden. It’s tough for everybody, especially the first match. You saw what happened to us. And after the group stage you go home if you have one bad game. So you have to make sure that everything is right and goes well all the time.

I know it’s some time since Helle Thomsen took over the team – what is different compared to Henk Groener, your former coach?

TW: She’s more active on the sidelines. Her approach is a little bit different. She has a clear plan A, B and C and everything is very well thought through. I don’t say that Henk wasn’t like that, but it’s different. I like it very much.

By the way, after so many years of playing together with the same teammates on the national team, aren’t you a bit tired seeing the same faces over and over again? From the outside it looks like you are one big group of friends…

TW: No, not at all. You only see each other four times a year. It’s not that you see each other every day. It’s always fun to see everybody again. It’s really nice to move closer as a group during tournaments and it’s very nice to know that you are all going for the same goal. We all want to win that gold medal. It’s good to know that you have people around you, who share the same objective. This gives me a great feeling. You always have some good friends on a team and people you are not hanging out with, but as long as we are performing as a team on the court it’s okay.