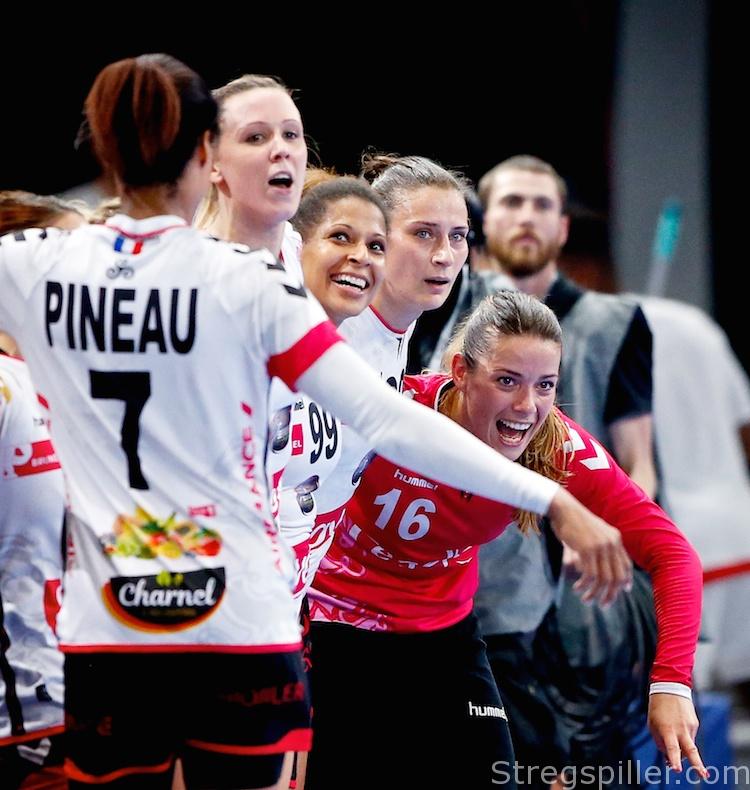 What’s up in Brest?

Did you follow the news? Some Romanian media outlets have been speculating that French side, Brest Bretagne Handball, have offered a significant amount of money to attract the services of CSM star, Cristina Neagu, for next season.

It’s not the first time the French club has made moves to attract some of handball’s biggest names. First, Allison Pineau joined in 2016, Ana Gros and Isabelle Gullden followed last summer, and this year management tried to land another big hit. Nycke Groot was high on the list, but things did not work out, as the Dutch player just made it official that she’ll be joining Odense for the 2019/20 season.

Thus far, the approach of acquiring the Best-of-the-Best has not been producing the expected results. In the EHF Women’s Champions League Main Round, Brest finished last, taking only one point in the previous six matches. Some would call the result a huge disappointment, others say it’s a fiasco. But, what are the reasons that led to the dismal situation?

First, let’s mention the obvious. Goalkeeper, Cleopatre Darleux, damaged her knee against Rostov-Don, in the very first Champions League game back in October – a severe blow as it turned out. The French international was out until December, before the knee let her down again in February. Brest appeared vulnerable without their number one goalkeeper. Especially, since Filippa Idehn failed to step up – she never reached the level that’s required to succeed in the top matches of the Champions League. Add to it a poor defense effort and you’ll get the picture.

But, don’t think that Darleux’s as well as some other  injuries were the only reason explaining Brest’s upsetting season, both in the French- and in the Champions League.

The atmosphere behind the scenes has been tense, to say the least. Apparently, it got to the point where some of the players wrote a letter to the president, asking for the replacement of coach Laurent Bezeau. It all came to light following the Champions League loss against Metz back in January.

“We sign the best players every summer, but we don’t get any results. It might be time to ask the right questions,” said Allison Pineau in the post-game press conference. Since then Bezeau has been on sick leave due to back pains, while Pineau has seen her court time cut short. The reason: “Poor performance during practice sessions.”

What’s known by now is that Bezeau should not return to the bench and that management is looking for his replacement. In Brest, Bezeau wrote history, taking the club from third division all the way to the Champions League. Yet, it seems that players want a new face.

Then there is the case of Isabelle Gullden – another disruptive situation. In the summer of 2018, the Swedish superstar arrived from Bucarest with one mission in mind: turn Brest into a European handball powerhouse – as soon as possible. As we know by now, that mission has been postponed until further notice, due to her pregnancy.

Some people at the club weren’t exactly happy to learn about the news, when the Scandinavian center-back announced her pregnancy in January, after competing at the EHF EURO. Whether or not she’ll be back for the start of the 2019/20 campaign remains to be seen.

It’s only mid-March, but in Brest management is already focusing on next season. The arrivals of Sandra Toft, Monika Kobylinska, Kalidiatou Niakaté and Coralie Lassource have been made official – familiar names but a far cry from the likes of Amandine Leynaud and Nycke Groot, who were targeted in the first place.

Does it mean that Brest is a project that’s not considered as highly as it once was? We wouldn’t go that far, but in handball things move fast. A few years ago, the mentioning of Brest wouldn’t rise eyebrows. But, when Pineau signed, followed by Gullden, I didn’t know anyone who wasn’t enthusiastic about the club’s determined plans.

Brest has to get the train back on track as sheer ambition can be a double-edged sword and quickly turn into a liability.