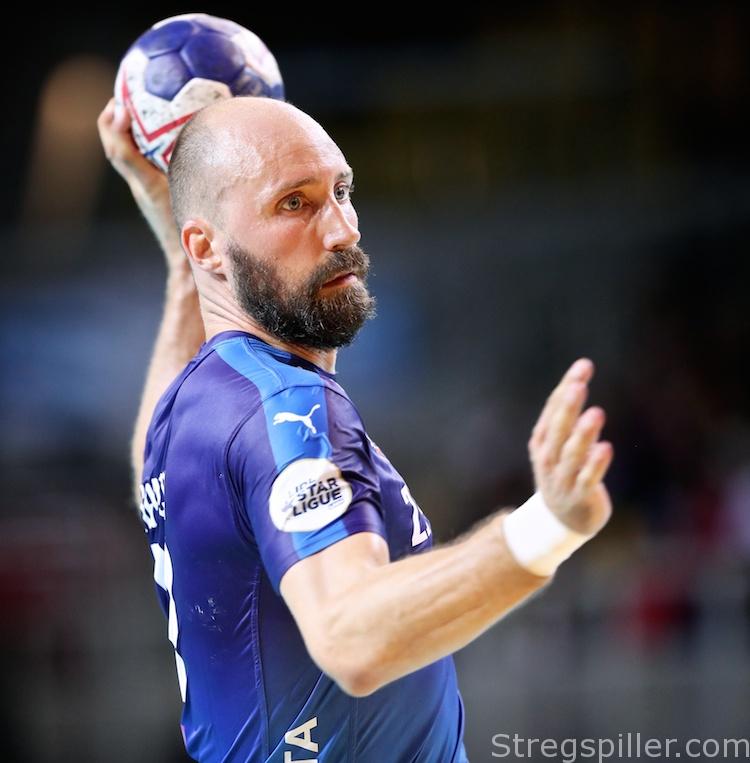 Never ever, in the history of the Champions League did the reigning champion lose the first four games in the season that followed. Montpellier “achieved” just that after losing in Barcelona (26-34) this past weekend.  And while everybody around Europe is wondering what the hell is going on in the south of France, well…I am too.

One reason explaining the dismal start to the 2018/19 Champions League campaign is the absence of three key players who helped Montpellier climb on top of the podium in Cologne.

Michaël Guigou has resumed training and should be back soon, while you have to wait for the return of Diego Simonet and Jonas Truchanovicius, a bit longer. And as demonstrated in the most recent games, Montpellier’s substitutes have fallen short of Champions League level.

Meshkov Brest, Kielce, Barcelona, Vardar Skopje – they all took advantage of Montpellier’s shortcomings, thus far. First and foremost, a back-court that lacks imagination and quality. Players who are used to staying in the shadows, now struggle as they hit the spotlight (Soussi and Mamdouh being two perfect examples).  At this point the team appears to be so fragile (mentally), you wonder how things can turn around, at least in the Champions League.

Patrice Canayer, the team manager, has acknowledged the problems and so has captain, Valentin Porte in his remarks, following the most recent defeat against Nantes in the Starligue.

“It seems as if we are playing against the best goalkeeper in the world every three days.”

Key stats confirm the poor performances – turnovers and missed shots. I would bet that Montpellier is among Europe’s top three clubs in these two  categories, at the moment. And despite practising everyday to shoot the ball in the net and not towards the goalkeeper, it will a great game to “heal” players heads.

Another explanation why self-confidence isn’t at its peak  maybe because players thought it would be easy. Easy to…win the Champions League again? Win in the French league again?

It’s not as if they were unaware of a more difficult road ahead.

“Everybody will want to beat the European champion; they will give 110% against us,” said Diego Simonet this past summer, just before the official season resumed.

It appears like the team talked the talk but failed to walk the walk.  After the first Champions League loss to Vardar, goalkeeper, Vincent Gérard, was quick to ring the alarm bells.

Judging by Montpellier’s most recent outings, the team has  not come to terms with his message.

Winning the 2017/18 Champions League may have resulted in some complacency, but what about keeping the exact same roster as in the previous season?

Only one change was made over the summer. The departure of Ludovic Fabregas to Barcelona was compensated with the addition of Sweden’s EURO 2018 finalist, Frederic Pettersson.

Doing it Veszprem-style – hiring seven new players every season – isn’t guaranteeing success either, although it keeps existing players on their toes. It has not been voiced publicly by anyone, but has Montpellier fallen into some sort of stagnancy?  Right now, it looks as if management will be more active going forward, with left-winger Arnaud Bingo and a couple of other players already on their way out, come next summer.

There is a chance for Montpellier to end their losing streak when they welcome Veszprem in their next Champions League game, this upcoming Saturday. The 2016 Champions League finalist are under pressure as well, after the firing of coach Ljubomir Vranjes.  Despite securing a close victory in Brest last weekend, there are still scars that have to heal.

At this point it’s hard to say what will happen but one thing seems to be all but assured: If Montpellier lose again this weekend, they will not only have no points after five rounds but their 2018/19 Champions League campaign will turn into a very short one and possibly come to an end after the group phase already.