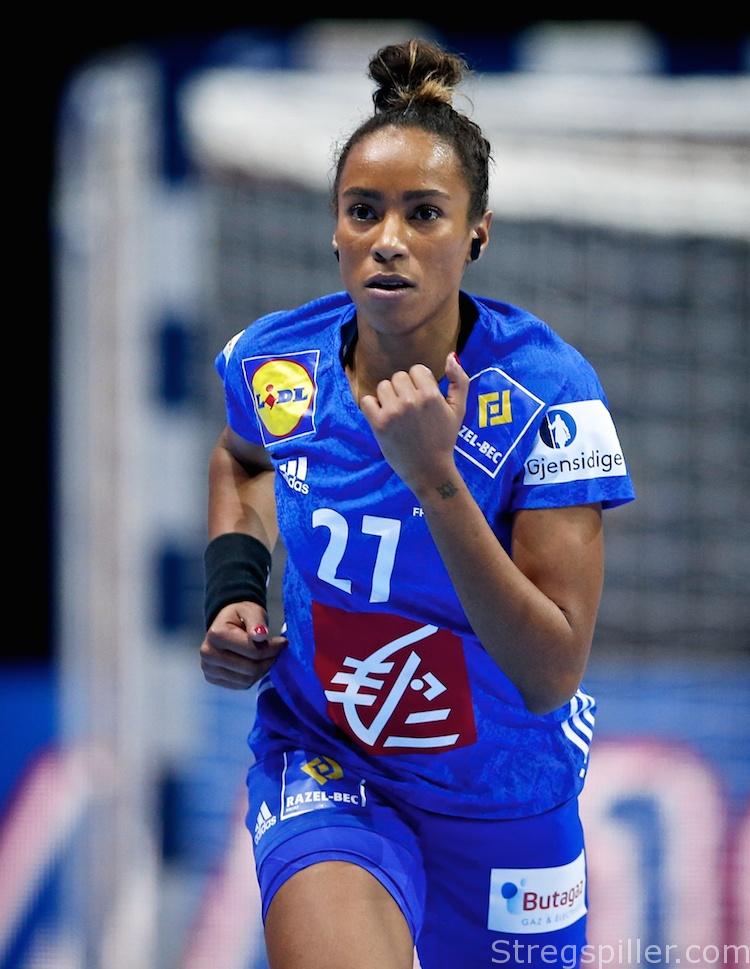 “When Györ knocks on your door, you can’t say no”

INTERVIEW – She is a World- and European champion with France, a nominee for the IHF Player of the Year 2018 and she just signed with the Hungarian handball powerhouse Györ, after three seasons in Siofok. Life for Estelle Nze Minko must be quite something, right now.

“It’s pretty cool,” she laughs after listening to the introduction. The French left-back (27), doesn’t quite look like she’s coming to terms with all of it at the moment.

“I’m not used to looking back, I’ll do this at the end of my career. At the moment, I’m just focused on getting better and I am hungry for more trophies and success,” she says.

But, she’s well aware that she is one of the players that really matter in the world of handball. When she decided to leave France in 2016, she chose Siofok as her new home, a club that would allow her to raise her game, while getting used to handball abroad.

“I always saw Siofok as a platform that would help me to grow and go further,” she points out, before explaining why she picked Györ for the 2019/20 season over the many other choices she had, including CSM Bucuresti.

“Györ is the club I have dreamt of playing for when I was little. So, it wasn’t a question for me. When Györ knocks on your door, you don’t say ‘no’.”

She describes the offer from the Hungarian handball giant and current titleholder of the Women’s Champions League as ‘some kind of reward’.  A reward for what, exactly ?

“For the efforts I put into the game, for taking the risk to go abroad when I was just 24. When I announced, I was leaving to join Siofok, everybody was asking, why go for a club that no-one knows about ? That’s the answer.”

Three seasons in Siofok have not helped the young French player to become fluent in Hungarian, but it has taught her a lot on the court. In the French national team she ranks among the best on the left-back position, while in Hungary she plays center-back. A position, she says, has helped her ‘understand the game’.

“I’m more disciplined than I was three seasons ago and I think a lot more about what I do, now.”

It certainly showed, as Nze Minko finished as the top scorer at the EHF EURO back in December, an eternity in the fast paced world of handball.  Right now, it’s already time to get back to the drawing board and compete in the Golden League this weekend. Three games against Denmark, Norway and Romania await.

“We’re already focusing on the next tournament. Some players had the choice and could have opted out before the next World Championship but we’re all eager to go and defend our title,” she reveals.

For Nze Minko, excitement is the feeling  that dominates when describing the upcoming months together with her French national teammates.

“We just experienced the most incredible feeling, while winning a major competition at home. And, we know that the Olympics are just around the corner. Getting back up and focus on the next tournament is something that we are used to as competitors. I’m really looking forward to the next couple of months. It could be the beginning of another amazing journey,” she concludes.