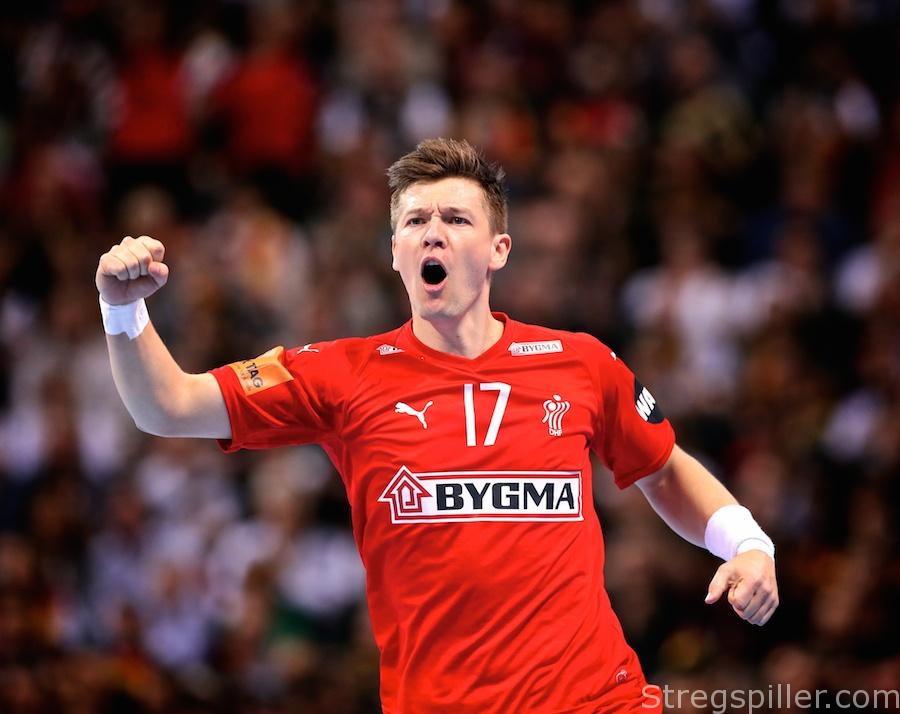 When words are hardly enough

MATCH REVIEW – The English language hardly has words to describe what happened this Friday evening in Hamburg, but on the following lines, I will try put some words on this incredible World Championship semi-final after all.

Denmark came into the match as the only team in the tournament to win all eight matches in the competition so far.

However, those eight wins were at home, in Copenhagen and Herning and this was their first trip away from the comforts of home.

France had been playing in Germany all the way, winning six, drawing once and losing once.

Apart from a World Championship final being at stake, the match was also a repeat of the Rio 2016 Olympic final, which Denmark won 37:35, playing seven against six all the way.

France had won the latest competitive match between the two nations, however, winning bronze at EHF EURO 2018 in Croatia 32:29.

A big question was how the Croatian referees Matija Gubica and Boris Milosevic would handle the task.

It was a night in which the handball gods were smiling in their heaven.

Never in my many years as a handball spectator and later handball journalist had I seen the liking of what happened on those 40×20 metres this Friday.

Each and every one of the 12,500 spectators present at Barclaycard Arena can say: “I was there when handball was taken to a new and until now unknown level.

Never has a media centre at a major handball even been so full of journalists who were amazed by what they had just seen.

No matter what Nikolaj Jacobsen tried, it turned into gold.

No matter what Didier Dinart tried was denied by the Danes.

Denmark were dominating from the first until the last minute, never allowing the reigning world champions to play a part.

Who would have thought that Denmark – or any team for that matter – would ever score 21 goals in one half against France?

Still, this was what happened in the first 30 minutes in Hamburg.

Denmark played a near-perfect first half, especially in the attack, but also against a French defence which let them come to their goals surprisingly easily.

The Danes led all the way from 2:0, threatening from all positions on the court, while France had to work hard for their goals on top of their defensive problems.

Didier Dinart waited surprisingly long before substituting an unsuccessful Vincent Gerard with Cyril Dumoulin, who did not enjoy more success, while he kept looking for solutions in the attack.

He tried Timothey N’Guessan as well as Kentin Mahé and Romain Lagarde at left back, while Dika Mem and Nedim Remili were tested on the opposite side, all without much success.

In fact, the French attack only began to work fairly acceptably as Melvyn Richarson came on as a left-handed playmaker.

This was far from being enough to threaten the Danes though.

Led by Mikkel Hansen, who celebrated his 200th international by scoring seven goals before the break alone, the Danes increased their two-goal lead from the start to three at 6:3, to five at 13:8 and six for the first time at 16:10, Niklas Landing showing his abilities as goal-scorer too, sending two long shots into an empty French net from his own goal area.

Morten Olsen, who had not played much in the tournament until this evening, had already been sent on as playmaker towards the end of the first half and fired two brilliant goals from standing position.

The Hannover-Burgdorf player went on like this in the second half just like the rest of the Danish team.

No matter who Jacobsen sent on, no matter what constellation he tried, it was rewarded with success.

Jannick Green had replaced Niklas Landin shortly before the break, and it almost goes without saying that the Magdeburg keeper also did brilliantly.

As one of his last desperate moves, Dinart tried a 4-2 defence with Remili and Kentin Mahé pushing forward.

This contributed to enabling France to move within six goals, but no closer, and at the end they had to settle for an eight-goal defeat, which illustrated the difference between these two teams perfectly.

Oh, and I nearly forgot to mention how Mikkel Hansen went on in the second half of his 200th international.

Well, he just finished on 12 goals on 15 attempts.

Any discussion who is the best handball player in the world must stop here.

Even though the atmosphere was obviously not like in Herning, it still turned out to be a kind of home game for the Danes.

Partly because of the many Danish supporters, more than 1,000, who had taken the relatively short trip to Hamburg.

And partly because the majority of the German spectators in the hall also had more sympathy for the Danes.

Even though playing France in a final in Denmark might be more attractive to the Germans than a final against the Danes in Denmark, a German audience simply cannot find it in them to support France.

Matija Gubica and Boris Milosevic had their trouble finding their line at the start, where there was a tendency to an inflation in suspensions.

However, as the Danes pulled off, and the match became easier to referee, the two Croatians also found an acceptable level.

“We realised that we had to succeed with all aspects of our game if we were to stand a chance against the possibly best team in the world.

“However, I think we played a near-perfect match, being in control from the start, and no matter who we will meet in the final, it is impossible not to look forward to playing that final in front of 15,000 in Herning.”

“This afternoon was a nightmare for us and it was perfect for them. They delivered the perfect game. We didn’t manage to take them out of their game, we missed our game, clearly. And we are disappointed.”

For Denmark, the final on Sunday evening against Norway.

For France, the battle for bronze, which Didier Dinart claimed to be very important after the loss.