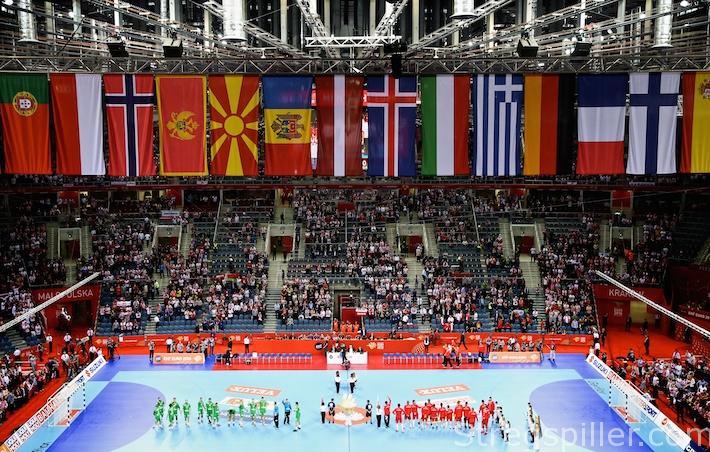 Wild Card – can you pay me?

It’s been a wild ride for Norway’s male national handball team over the past few months.  In January they made it to the semi-final of the European championship for the first time ever, just to lose to Germany in dramatic fashion.  Kai Häfner scored seconds from the end, during overtime, to make sure the self-declared “Bad Boys” would advance to the final, while the Scandinavians were left in sorrow.

Legendary German beat writer, Björn Pazen, predicted the worst for the loser of the game.  Prior to the match he stated: “The losing side will also lose the third-place match, then go to the toughest Olympic qualifier, won’t make it to Rio, draw Slovenia in the world championship play-off and also miss out on France 2017.”

Well, believe it or not, it happened exactly like that, which either shows Pazen’s brilliant knowledge of handball or just underlines the fact how close the level of competition in Europe is these days.  In the meantime, teams like Bahrain, Chile or, in the past, Australia, qualified for the final rounds of the World Cup tournament.

Let’s be honest, except for Qatar, which is packed with European-born, naturalized mercenaries, only a handful of non-European sides make the global competition a bit more entertaining.

It obviously starts with the African powerhouses Tunisia and Egypt.  Both nations have shown they belong to the elite group of world championship teams, often surprising the lower-level countries from Europe, like Macedonia, Belarus or the Czech Republic.  Quality-wise Argentina has joined them in the last couple of years, mainly because of the talents of the Simonet-brothers.  For the rest, well…

Still, it causes major headlines around the world of handball if a team like Norway, or Austria, applies for a wild card and nations like Australia, far from being able to establish a competitive domestic league, are left out from the World Cup.

Yes, I know, it’s not the traditional way.  But the world championship has been held outside of Europe just four times.  Once each – in Tunisia, Egypt, Qatar and in Japan.

So do you really think, that there will ever be a market for handball in Chile, Saudi-Arabia or Australia?  The major problem is that these squads are not even close to any sort of success at the final tournament.  On the other side, it would be their only chance to create major headlines in their respective countries.  But if a football- or cricket superstar proposes to his fiancée to become his wife, the headlines will be even bigger, the next day.

Which leads me to one major question: What does handball gain if it allows the low level teams to take part in the championship, instead of allowing a country like Norway to enter?

Two other, quite decent teams didn’t make it to France 2017 – Serbia and Austria.  While Serbia couldn’t make it past Hungary, Austria lost out to Denmark.  In the meantime Japan and Saudi-Arabia qualified finishing third and fourth at the recent Asian championship.

There’s wild and widespread speculation that a federation like the one of Norway, or the German federation prior to the 2015 World Championship in Qatar, just screamed the loudest or paid the most?

Seriously, I don’t care.  Because I don’t like to see teams winning by 15 goals while fans are yawning in the stands, for long stretches of these matches.

Blow-out wins don’t help the sport.  They don’t help to improve the importance of handball in the aforementioned countries outside Europe either.  Do you really think fans in Australia will watch the games at 4 am in the middle of the night with their team losing by 20?  I doubt it.  And I guess you agree?

So, instead of bitching and moaning about a broken system, maybe its worthwhile to take a look at what really makes sense.