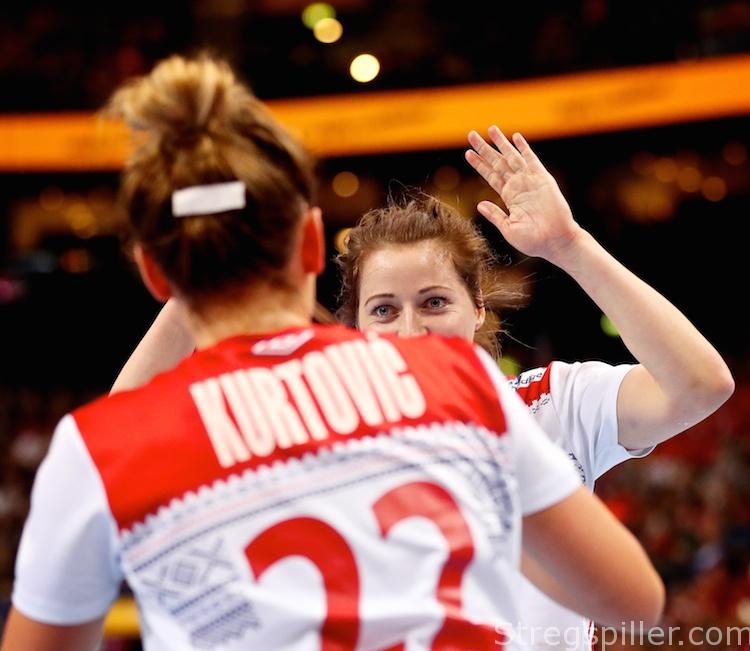 “We will be in beast mode against France”

Sanna Solberg is not as big a star as Katrine Lunde, Nora Mørk or Stine Oftedal, but she exemplifies why it’s almost impossible to beat the Norwegian national handball team.  Last night, they routed another strong opponent – The Netherlands – en route to the 2017 World Cup final.  As she told me right after the match, it’s all about the right mindset and a winning DNA which comes from the inside.

Congratulations to the win, once again it was quite impressive and for you as a player to get some good minutes in the game, it must feel perfect?

SS: Yeah, I love playing and I will take every minute I can. I think my strongest part is to play in defense and I think I showed my strength there.

Especially in the first half, I had the chance to follow your battle against Laura van der Hejden from close range and I had the feeling that it’s all about your mind. You were almost always half a second faster than her?

SS: That’s true, but it’s always like that in defense. You have to be faster – don’t wait for them and see what they are going to do, because then you will be behind.  You have to attack them before they attack you.  We also watched a lot of video and we knew what they were doing – so then it’s much easier.

You came in after about 20 minutes and watched the match from the bench. Did your team do everything perfect at the beginning?

SS: Mostly yes, but there are always some mistakes that we make. I think our defense is very good and we stand as high and tight as we need to. Then we can use our speed. We started like 8-2 or something like this – it can’t be much better.

SS: I haven’t seen much of France yet, but we played against Sweden and they got a good team. I also think we improved in our last few games.  So, it could be fun to play Sweden again and and get revenge.

So, you are waiting for them?

SS: Yes, I am, and I think the girls are waiting for them as well. But of course, we will be in beast mode against France if we meet them.

It’s quite impressive that the team doesn’t get tired of winning.  Sure, winning is always fun, but it’s a matter of motivation at some point. How do you do it?

SS: I don’t know, it’s just coming from the inside. We train very hard and we prepare for every opponent as if they are as strong as we are. The coach always brings us down to earth, so maybe that’s why it’s always fun to win.

I would like to wish you good luck for the final on Sunday, but it seems you won’t need it…