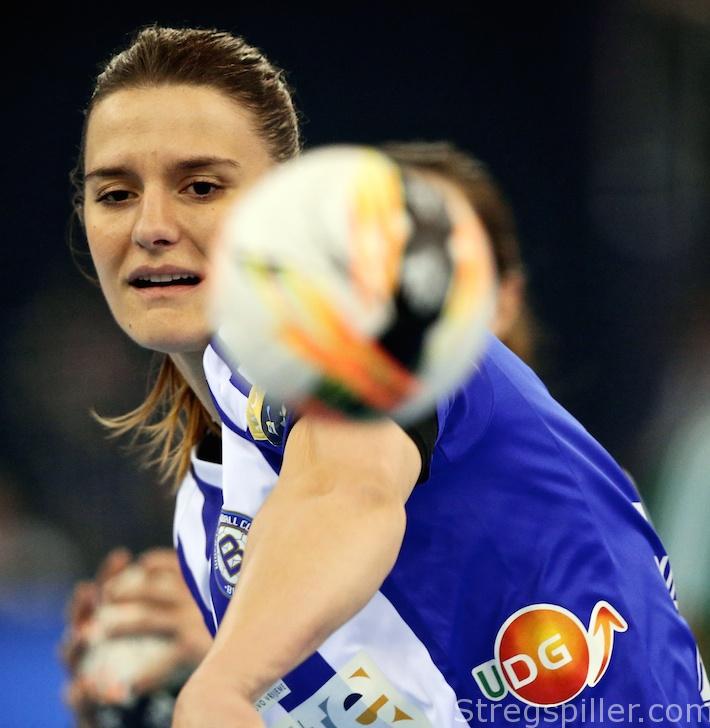 Will Buducnost miss the FINAL4 for the first time?

Taking the temperature on the teams in Women´s EHF Champions League, we start with the 2012 and 2015 winner, Buducnost, who have been participating in the FINAL4 ever since the event moved to Budapest.

But is the Montenegrin powerhouse a contender again this season?

If we look back at Montenegro´s most recent performance at the Rio Olympics – the core of the team consisted of players from Buducnost – it is hard to come up with much optimism on behalf of Katarina Bulatovic & Co., ahead of the new Champions League season.

However, all the turmoil in and around the Montenegrin national team – Dragan Adzic stepping down and coming back as national coach, players saying “no” to the national team or being axed etc. – does not seem to influence Buducnost.

Adzic is still head coach of the strongest handball club in Montenegro, and at first sight, it looks like business as usual in Podgorica.

Still, the pride of Montenegrin handball has shown signs of weakness and the squad is not close to where they once were. The Champions League triumph of 2015 is a faint memory and in spring Buducnost took only fourth place at the FINAL4 in Budapest.

Since then, Maida Mehmedovic has left the club, a loss that will be felt in the capital of Montenegro.

The fact that the versatile left-wing has left for reigning Champions League winner, CSM Bucuresti, does not exactly bolster Buducnost´s hopes of taking back the trophy this season.  The true question is if they will even make it to the FINAL4 in 2016/17?

The first part will be easy

During the first part of the tournament, Dragan Adzic´s women won’t feel any particularly resistance.  They are by far in the easiest bracket of the 2016/17 Champions League.

In Group A, they will be facing German champion, Thüringer HC, French title holder Metz Handball and Norwegian runner-up, Glassverket.

Buducnost will have no trouble winning the group, while taking a maximum of eight points with them to the main round.  At this stage, opposition will obviously be tougher, but it could have been much worse.

Vardar, who defeated Buducnost in the match for third place at the 2016 FINAL4, will be tough opposition once again.  And so will FTC to a certain extent, but that will be it.

Facing the Russian champion always sounds scary, but in this case it does not.  Astrakhanoschka have lost more than half their team since winning the title in spring.  They will not pose a meaningful threat to Buducnost and neither will Leipzig, should they make it to the main round; which is not likely.

Will have to rely on the veterans again

In the quarter-finals, the going gets tough – very tough.

At this stage, teams like Rostov-Don, Gyor and CSM will be waiting, and the big question is if Buducnost can deal with any of these clubs in their current condition?

There is no doubt, that Buducnost´s success will once again rest on the shoulders of their veteran players – the shooters will be of particular importance.

Romanian international, Cristina Neagu, on the left side and Katarina Bulatovic on the opposite side will have to be at their best, if Buducnost are going to have it their way.

Some of the other experienced players, such as Serbian line-player Dragana Cvijic, will have to step up as well.  And big hopes will be attached to 19-year-old left-back Djurdjina Jaukovic on both ends of the pitch.

The arrival of Spanish international Darly Zoqbi De Paula in goal as partner to Marta Batinovic is certainly a plus.

Prediction: Buducnost will make it to quarter-final without much trouble, but for the first time, they will miss the FINAL4!

There are not many new faces when looking for key players on the Buducnost team roster.

28-year-old Cristina Neagu certainly ranks first.  She is almost as crucial to Buducnost as she is to the Romanian national team; and this season, she will need to be at her very best.  Especially, in the tough matches later in the tournament if Buducnost wants to have another successful Champions League season.

It’s no surprise that Bulatovic is once again ranked among the key performers for Buducnost.

Whether or not she will be available for the Montenegrin national team, she is still important to her club.

Bulatovic is rapidly approaching her 32nd birthday, but age does not seem to impact her performance – yet.

With Bulatovic and Neagu on deck, Buducnost still has one of the most powerful and possibly best back-court duo in the entire 2016/17 Champions League.

It is more Jaukovic´s defense qualities than her abilities in attack that make her another important player and one worth following.

It is quite extraordinary to see such a young player – she turned 19 this February – to be so strong in defense.

In short: she is a tough cookie.  Opponents are hurt when they get too close to her – as she plays with an experience usually seen at the veteran level. She will have a great future in Montenegrin handball, no doubt.