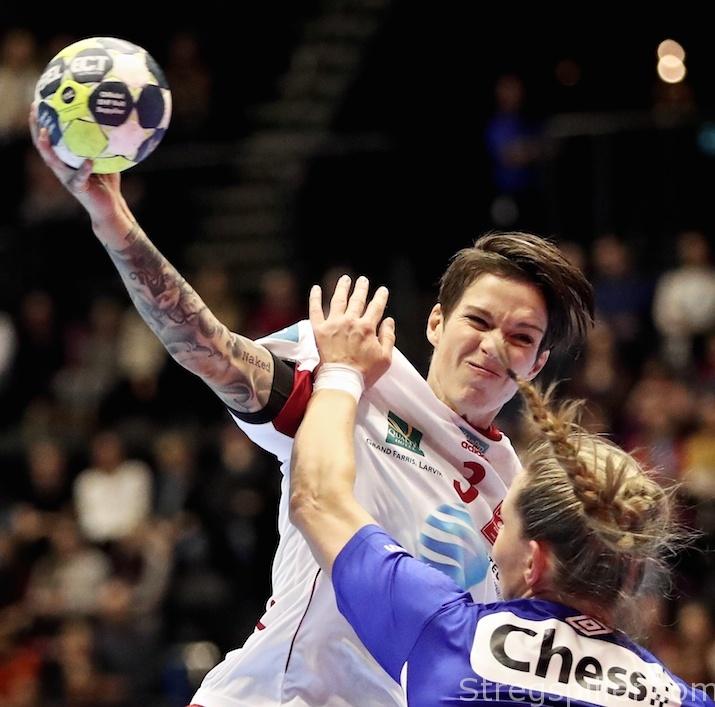 At first sight, Group 2 of the Women´s Champions League main round appears to be more balanced compared to Group 1, where four teams are all but certain to proceed to the quarter-finals.

In Group 2 – no doubt – Gyor will go on, but at least four teams are battling for the remaining three quarter-final tickets.

In our preview for the main round of the Women´s Champions League, we are taking a closer look at Group 2, and unlike Group 1, this collection of teams appears rather open before the first match, on Friday night.

One club appears to be guaranteed of reaching the quarter-finals and win the group, but the battle for the remaining three spots may be quite close.

Gyor Audi ETO KC are the clear favorites to win the group and will get the – potentially “easiest” – opponent in the quarter-final.

Krim from Ljubljana are on six points just like Gyor, but the Hungarian powerhouse has so much more quality than the Slovenian surprise package.  Gyor looks ready to win the group, even without pregnant Heidi Løke.

With Zsuzsanna Tomori finally back from injury, Gyor’s back-court line looks even more terrifying and it is hard to see which team can stop them.  There is no doubt that they have learned a lesson from their one and only loss this Champions Leagues season so far – the defeat against FC Midtjylland, on the road, back in November.

RK Krim Mercator has been the positive surprise of this season without the shadow of a doubt.

It is impossible to not be impressed by the results head coach Uros Bregar has accomplished with his collection of players.

Krim will get a new opportunity to find out where they really stand when they visit Gyor on Saturday afternoon.

Larvik is still hampered by injuries, just as they were in the fall.

Currently, left wing Sanna Solberg is out for up to a couple of months with a knee injury, while Polish left-back, Alina Wojtas had to undergo knee surgery once again and will be out for the rest of the season.

Veteran Karoline Dyhre Breivang is on her way back but not yet ready to play – so it will be a rather depleted Larvik side that will start their main round campaign.

Having secured four points in the group stage, the Norwegian record champions start  in third position with a really good chance to reach the quarter-finals. But they cannot afford stumbling many more times before facing an early exit.

FC Midtjylland was probably the biggest surprise together with Krim during the group stage.

Home victories against CSM Bucuresti, Rostov Don and Gyor call for respect and have put last year´s Danish runners-up in a favorable position, sitting on four points before their main round quest.

Still, there is cause for concern regarding Midtjylland´s chances going forward, stemming from the lack of depth in their squad.

Since the fall, two internationals have left the club from central Jutland.

Team Esbjerg appears to be the weakest team in the group, if you look at the roster of all six clubs.

The ruling Danish champions seem to be completely unable to make their game work without pregnant Dutch international, Estavana Polman.

In their first three domestic league matches in the new year, Esbjerg have only managed to get a single point – and none of these matches were played against top teams.

Combined with the fact that Esbjerg are starting the main round with only two points, the Champions League debutants from the far west of Denmark look like the team with the smallest chance to reach the next stage.

CSM Bucuresti also start the main round with just two points.  Still, the reigning Champions League winner stand a better chance to proceed to the quarter-finals compared to Esbjerg.

CSM simply have a stronger and deeper squad, and with Aurelian Rosca a new head coach.  Meanwhile the Romanian’s must have gotten over the loss of “miracle” coach Dane Kim Rasmussen, who led them to their sensational Champions League win in their maiden season in 2016.

One question mark is how Danish right-wing Simone Böhme, who has joined from Viborg HK during the winter break, will fit in as back-up to Carmen Martin?

CSM will have the honor of opening their main round against Larvik, on Friday night at 19.30 local time – a match, CSM should be able to win.

Gyor will stay in first place, followed by CSM, Midtjylland and Larvik.

As I have predicted already, Vardar will win Group 1 ahead of Buducnost, FTC and Metz, resulting in the following quarter-finals: