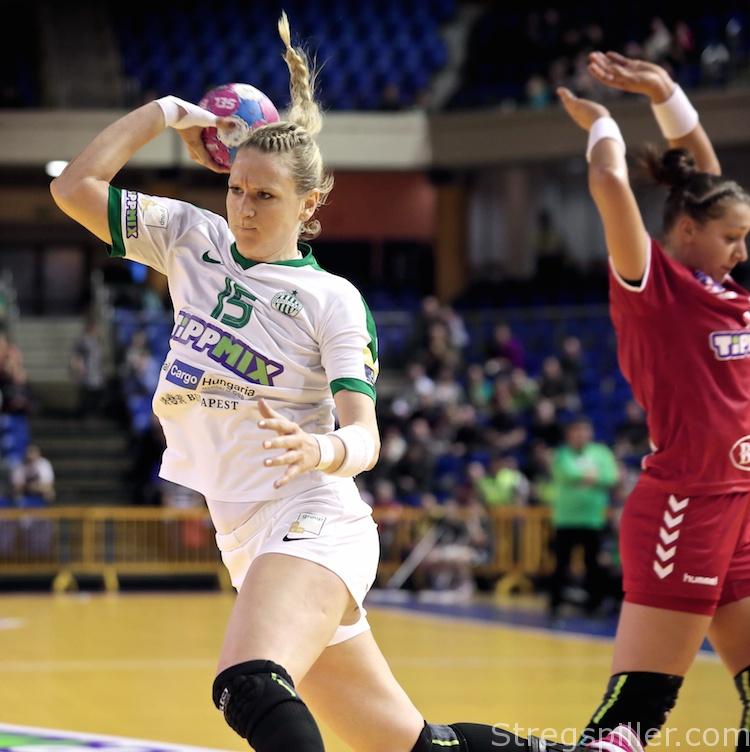 Will FTC break their quarter-final curse?

stregspiller.com –  MATCH OF THE WEEK PREVIEW – Three years in a row, the quarter-final has spelled the end of FTC-Rail Cargo Hungaria’s run in the Women´s EHF Champions League.

This Sunday, the Hungarian club will try again to overcome the curse and finally make it to the FINAL4.

Their opponents are Rostov-Don, the Russian top club that finally made it to the last round of play, in Budapest, last season.

The clash with the Russian champion will offer FTC yet another chance to avenge the defeat against the very same opponent, a year earlier.

In 2018  FINAL4, Rostov-Don finished fourth and last after losing the semi-final to Vardar Skopje (25:19) and the bronze medal match against CSM Bucuresti (31:30).

FTC have not made it to the FINAL4, so far.  Before losing against Rostov-Don in the previous year, they were eliminated by Györ (2016) and CSM Bucuresti (2017).

For Rostov-Don, the exceptionally talented, Anny Vyakhireva, is still absent, while playmaker Ana Paula Rodrigues made her comeback in the Cup final after recovering from a ruptured her achilles tendon.

FTC remained undefeated through the group phase of the EHF Champions League and only a few inconsistent performances in the main round sent them down to third position.

Rostov-Don lost both matches against Metz Handball in their main round group, but did win all other games.

More recently, FTC struggled in their 34:33 away win versus Vac in the Hungarian league and Rostov-Don won the Russian Cup final last weekend 30:28 against Lada Toggliati.

Over recent years, Blanka Biro made the transition from promising talent to established goalkeeper on a high level.

Thus far, 24-year-old Biro has played another consistent season. She is supported by the more experienced Melinda Szikora.

Rostov-Don cover the position with the 2013 World Champion, Mayssa Pessoa, who is approaching her best form again after her injury break during the winter and Russian international Ana Sedoykina is a highly qualified back-up.

Lukacs and Faluvegi complement each other well in FTC’s team, where they benefit from head coach Gabor Elek´s desire to get as much output as possible from his wing players.

Iuliia Managarova (Rostov) is as good as it gets. She forms a strong trio with Marina Sudakova and Kristina Kozkohar.

The star of young Katrin Klujber has been shining bright this season.  And, she has demonstrated that she is strong and stable enough to hold the position on her own.  If she needs a break, other backcourt players such as Nerea Pena and Aniko Kovacsics can take over.

Anna Vyakhireva will be missed dearly and Maslova does not have her class.  Expect other Rostov players to pick up the slack on right-back as well.

Kovacsics and Pena are guarantees for a performance on the highest level, while 18-year-old Tóth won’t see much court time in the upcoming two matches.

Ana Paula Rodrigues obviously won’t be back and play at her usual level, still the return of the Brazilian star will be a boost to Rostov.

Noemi Hafra is the most promising of all the young shooting stars at FTC. She and Kinga Klivinyi are also two players that rank highly on Kim Rasmussen’s roster, the coach of the Hungarian national team.

In the 2018/19 EHF Champions League season, Lois Abbingh spent a lot of time as center back and did not appear on the score board as frequently as in the past.  Still, the Dutch international is one of the best left backs in the world and can decide a game on her own, when she is at her best.

And, if not there’s always Anna Sen – quite possibly the most versatile player in the world.  Aside from tending the goal, she can make a difference no matter where you’ll find her on the court.

Nadine Schatzl is a reliable force on left wing and Greta Marton will be functioning as a qualified substitute, but FTC’s pair won’t match Kuznetsova, who is back at her best after her injury break, backed-up by the experienced Ukrainian, Viktoriya Borschenko.

FTC are really suffering from the long absence of Danick Snelder – not only in attack, but in defense as well.

Meszaros and Klikovac are fine line players, but they won’t compare to the talent and experience Makeeva and Petrova bring to the table.

Ambros Martín will return to the country, where he celebrated so many triumphs, meeting the arch rival he defeated so many times.

Considering his achievements with Györ, he should have the upper hand on Sunday – or not?

It’s not that simple. Watching from a distance, it appears as if Martin has not shaped his “dream team” yet, while Gabor Elek may very well be the most underestimated top coach in women´s handball.

The 48-year-old Hungarian is a tactical genius, who undoubtedly matches Martín´s skills.

The two men know each other particularly well from their short spell as joint national coaches for the Hungarian women’s team, three years ago.

Supported by a noisy crowd, FTC should succeed at home. The real interesting question is, if it will be enough for the 2nd leg match in Russia, next Saturday?