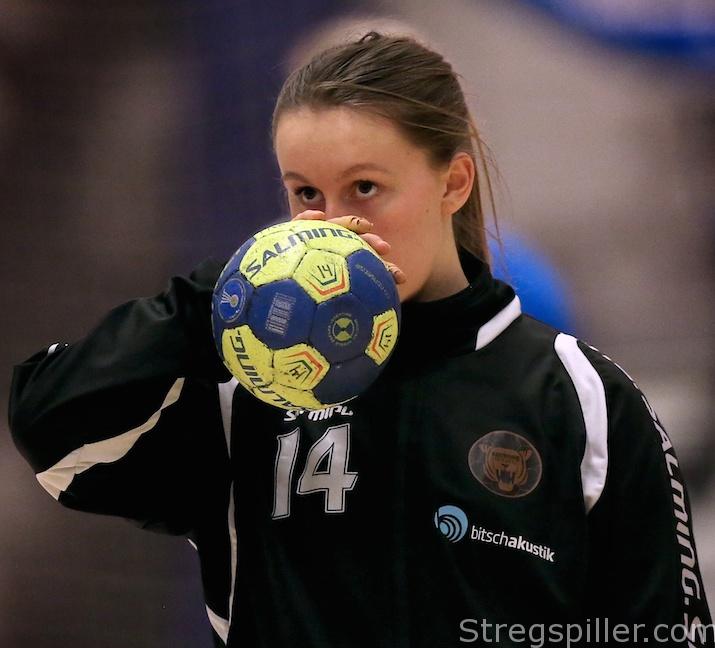 Will injuries decide Match of the Week?

stregspiller.com – MATCH OF THE WEEK PREVIEW – With the Men´s Champions League taking a break due to the Super Globe and upcoming EURO 2020 qualifiers, women’s handball will dominate the action in Europe’s premier club event this weekend.

stregspiller.com has picked the fight in Group B, between Kobenhavn Handball and Rostov-Don as the top match.  A game where numerous injuries may prevent the Danish champions taking their third win in a row.  But their opponents are not free of personnel problems either.

At first sight, Rostov-Don may list the more prominent names in goal compared to the home team, but it’s not that simple. There are no doubts about Pessoa´s and Sedoykina´s qualities, but as goalkeeping duo, Bundsen and Sando appear to be stronger.

With Norwegian, Line Bjørnsen, out with injury, we are likely to see only one Kobenhavn player occupying right wing.

Debbie Bont has done an extremely fine job so far this season, but Managarova, in particular, reaches the same level on a good day.  Let’s call this one even match-up.

Not many right back duos in the Champions League – if any – compare to the likes of La Cour/Blomstrand.

However, Rostov-Don do not need a duo, as long as Vyakhireva is fit.

The 172 cm tall player is one of the smaller backcourt players in the league, but she certainly is one of the best as she demonstrated in Brest last weekend, scoring nine goals.

Kobenhavn are really suffering from Mia Rej´s absence because of a torn anterior cruciate ligament.

Mai Kragballe will have to carry additional responsibilities, as 18-year-old Nüsser is unlikely to see game action on Saturday.

The same goes for Duleva who is the same age as Nüsser, and with Ana Paula Rodrigues and Vladlena Bobrovnikova out, Anna Sen inherits the workload.  Expect Sen up to the task as she has shown a red-hot performance in Brest, in Round 2 of the 2018/19 EHF Champions League, when she scored 10 of Rostov’s 29 goals.  Advantage Rostov-Don.

There is big question mark behind Kelly Dulfer’s name who sustained a shoulder injury against Sävehof, and she did not play when Kobenhavn won 25:22 on the road against Ringkøbing in the Danish league, on Wednesday.

If the Dutch international does not report fit for play, it’ll be very advantageous for the visitors, especially when considering the quality of Lois Abbingh, one of the best left-backs in the world and a player who can decide a game on her own terms.

Another position, where Kobenhavn are hampered by injury is the left-wing position.   Maria Wall, who was brought in from Höör (Sweden), tore her anterior cruciate ligament already before the start of the season.

However, Norwegian international, Thea Mørk, is certainly more than a mere substitute.  She, together with in form Louise Føns (against Sävehof she scored eight goals on eight attempts), will present a formidable challenge to the Russian champion.

However, Polina Kuznetsova, the sister of Anna Vyakhireva, has proven to be a quality-reinforcement as well.  To me this looks like stand-off between the two teams.

Kobenhavn are privileged having no less than three highly qualified line players, although Swedish international, Linn Blohm is the obvious first choice.

Kseniya Makeeva´s skills and experience are indisputable, but Kobenhavn’s quantity and quality on this position, provide the host with a narrow edge.

Actually, Mogensen may well be the most underestimated coach in the Champions League.

His enormous tactical, psychological and communication skills seem to have gone unnoticed by many of the pundits, but he deserves a lot of credit for Kobenhavn winning the Danish championship in 2017/18.   And his work also explains why his squad is the only one, besides Györ, sitting on maximum points after two rounds in the 2018/19 Champions League.

Few coaches, however, can compare with a legend like Ambros Martín.  Of course, Rostov have the advantage sitting on their bench.

All in all, Rostov-Don enjoys a narrow edge, but let’s see how it will play out when the two teams take to the floor in Brøndby, on Saturday afternoon.