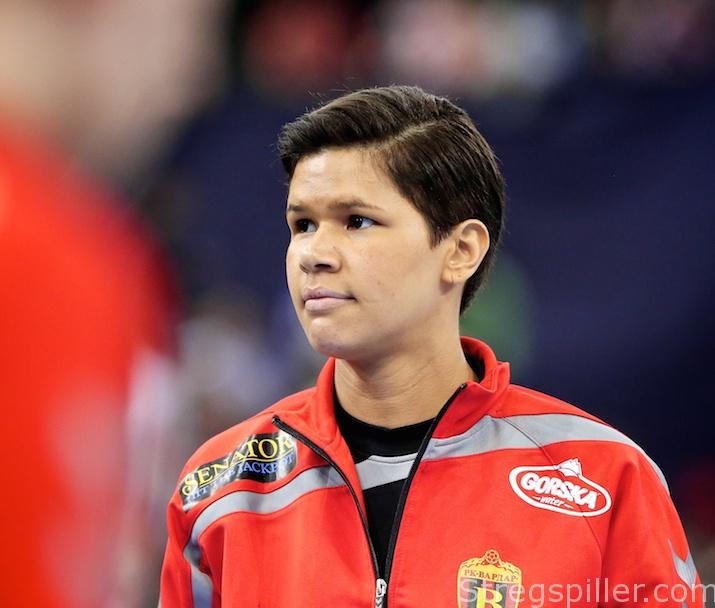 “There will be surprises at this World championship and why shouldn’t it be us?”

Mayssa Pessoa has won the Champions League and the World championship title during her illustrious career. Following a short stint with Vardar Skopje she joined Rostov-Don, looking to repeat her success from 2016, when she won the Champions League trophy with CSM Bucuresti. But right now her focus has shifted to #simplywunderbar – the 2017 World Cup in Germany. But the Brazilian team is not what it used to be. What can be expected from the 2013 World champion? I talked to Brazil’s goalkeeper a few days before the tournament.

First of all, before we look at the World championship, you joined a new club over the summer after one year in Macedonia. How have you settled in, do you already feel comfortable in your new team and are you satisfied with your performance?

MP: Actually, I wanted to move on from Vardar because the domestic games were quite boring and I didn’t like the overall atmosphere, for example when salaries weren’t paid. So, I moved on. But in Russia you can only field three foreign players. Therefore training and setting up games is very different. I wasn’t happy at the beginning, but now I am. We have started to play together as a team after we talked about all our problems. We defeated a great club like Györ and I think we can reach our goal and qualify for the FINAL4.

Do you see yourself at the same level as in the 2015/16 season when you won the Champions League with Bucuresti?

MP: It was a different situation back then because in Bucuresti we changed the coach and it was a real mess at times. There (Bucuresti ed.) I was also not very happy, once again because of money issues. When I sign a contract I just don’t like to call up the club asking for my salary to be paid. And on the court, we had many foreign players – so it was a totally different handball we played. We played some bad games but before we faced Rostov in the quarter-final back then, we talked about the situation and somehow we managed to find our rhythm. It was an amazing year for me because it was a dream coming true, as everyone dreams about winning the Champions League. Personally, I didn’t play too much, but I have those memories and sometimes when I watch the videos that people send me, I get tears in my eyes.

For sure, you are one of the key players of Brazil’s national handball team and together with Barbara Arenhart you need to be on top of your game to have some success at the World Cup…

MP: Yes, I’m almost the oldest player on the team and I feel some sort of obligation in trying to help everyone else on the team, by talking to them, and motivating them. It’s not easy, as we have several new players. But they will take this experience and I hope in the future they can achieve something big. They have great quality and in the past we showed what we could do. It’s a big job Barbara and I have. It won’t be easy, but all teams have enlisted younger players and why shouldn’t we fight for our chance?

After winning the World championship in Serbia in 2013, I sense that the national team has been on the decline. Maybe it’s a matter of motivation? Or is a matter of quality?

MP: I don’t know exactly what happened after the World championship, because we had a tough 2014 and also a difficult 2015. In Serbia (2013) we had a complete team as well as a very good bench. The bench player’s post 2013 didn’t have the same quality as before. New players came in, and we had a lot of changes, but we have shown everyone what we can do. Compared to Norway, for example, it’s not like we are growing up playing handball in Brazil. I don’t think it’s about motivation or quality; it’s more about the sports DNA in our country. To gain the right experience you need many of years and hard work.

Some key players from the past like Alexandra do Nascimento are not part of the team this time. Who do you expect to step up in the limelight?

MP: Well, Ale (Alexandra do Nascimento ed.) might be back after the World championship, she was injured. In my opinion, she can play on for ages; she’s just that type of player. Now, the young players can show that they can become big players and if they perform well they can bring the team back to the level it used to have.

Your group is a very interesting one as it features teams from four different continents. You know the Russian team quite well; they are probably the favorite to win the group. What can Brazil achieve looking at opponents like Denmark or Montenegro and what’s your personal goal?

MP: It’s an interesting group, for sure. It won’t be too easy to beat Japan, our first opponent. It will be difficult against the other teams as well. We have to be disciplined, and do what our coach asks us to do and fight as hard as Brazilian teams usually do. Obviously, the goal is to make it to the final weekend and win a medal.

Can you compete with teams like Norway, France or The Netherlands, squads that are widely seen as the favorite teams fighting for precious metal?

MP: I think yes, but it’s not easy with a lot of young and new players and our team. It is not the same as it was during the Olympic games. It will depend on us, for sure, but it won’t be easy, because our younger players don’t have that much experience. But there will be surprises at this World championship and why shouldn’t it be us?

Let’s talk more about the tournament – I’m not sure how often you have played in Germany before, I assume not too often. What do you expect the atmosphere to be? Denmark 2015 was sort of a disappointment, if you ask me.

MP: I played some smaller tournaments in Germany, and in the Champions League with Vardar. I think the atmosphere will be great. Germany is a country that respects handball. People “breathe handball”, like they do in Norway. I think it will be a nice atmosphere with a lot of people attending the matches. With regards to the German team, I’m sure they can surprise people and go far. It will influence the atmosphere, but Denmark 2015 wasn’t too bad. Yes, Denmark lost to Romania and didn’t qualify for the final weekend, but the atmosphere was still quite good. Anyway, I expect a great atmosphere in Germany.