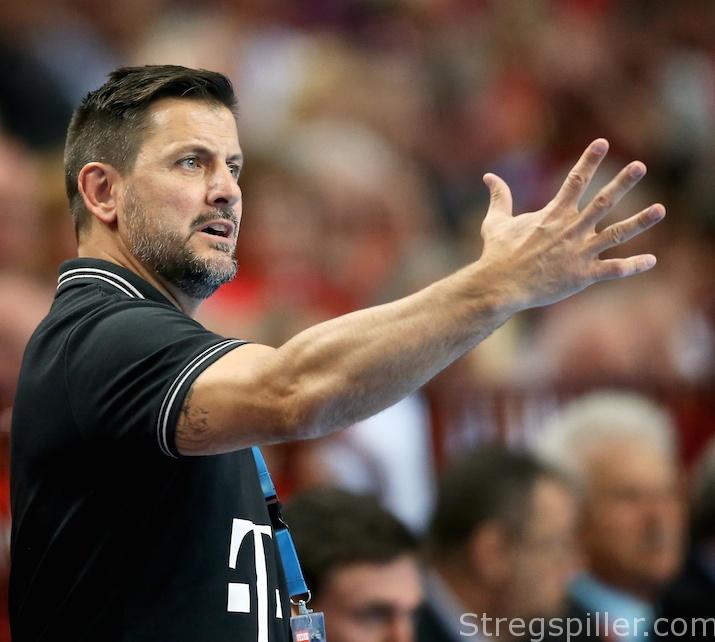 “It will take care of itself”

It seems like the European championship finished only yesterday. Yet, the EHF Champions League is just around the corner, ready to capture the attention of handball fans around the world. I had the chance to talk about both competitions with one of the most prominent individuals in all of handball, coach Ljubomir Vranjes. Here is what he had to say.

How did you experience the EHF EURO 2018?

LV: For me, the tournament was a great experience. I was able to learn a lot as it was a new situation for me to train with the (Hungarian ed.) national team for just a very short period of time.

The roster is not worse than the one of the Czech Republic, for example. What’s missing so that you can reach your goals?

LV: In two games we played really well – against Denmark and Spain.  We had our worst game of the tournament against the Czech Republic. What are we missing?  Not much. I need more players who can play defense.  Most of my players don’t play in defense at the club level. That’s a problem once they need to play offense as well as defense, then something is missing, mostly experience.

Were you able to refocus on Veszprem quickly?

LV: Of course, for a few days I was pondering about what happened in Croatia. But after four, five days, I began to focus on Veszprem. It happened fast. At the European championship, I had a rather young team; I think the second youngest. The whole process will take time, all in all it was a realistic result.

This past weekend, you already played a first league match. How do you rate the performance of your team?

LV: We won the game without encountering any problems – a good start.  Especially in defense, we played quite well. Our goalkeepers were very good too. In offense we used different formations, including Petar Nenadic. You could see right away that he will help us. Our national team players didn’t play together for seven or eight weeks, but it’s all heading in the right direction.

What needs to happen so you can re-take first place in your Champions League group or is it just unrealistic?

LV: I think Paris Saint-Germain is too strong to give up first place. We noticed that when we played them twice last year. I just arrived in the summer, and we are trying new things. We need to be patient until everything works out. Finishing first in the group is not realistic. We are fighting for the spot right behind and that’s why it’s important to play 100 percent in every game. The first one will be in Kiel, on Wednesday.

You acquired a real good player – Petar Nenadic.  It’s a new system for him as well and he is not the obvious number one playmaker anymore. How are you going to take care of it?

LV: As I said, Petar was able to find his way into our team quite quickly. Sure, we have a great team including many quality players, but he also is a very good player. I know many of you think of him being selfish, but tell me a player who is not? I don’t buy it.  We can use the strength he brings to the team and he will make us better. Petar has this kind of quality and that’s why he is here. I don’t need to take care of anything, it will take care of itself.

Soon you will be back in Flensburg, your former club. Are you happy or more nervous about it?

LV: Obviously, I’m looking forward to it, even if it’s in a couple of weeks. My family will come over as well and we are happy to go back as we have a lot of friends in Flensburg. In the end, it’s just a game, just handball.  We will try to win, Flensburg will try to win. But we are all professionals. I’m looking forward to meet my old friends again.

What do you expect from your match in Kiel tomorrow, as THW will compete without Domagoj Duvnjak?

LV: I expect two teams fighting really hard as it is the first game after break of EURO’18. Both teams don’t really know their current form yet – it will be exciting to watch. Of course, we will try to take two points but – as usual against Kiel – it won’t be easy. On a personal note, I will be happy to be back in Schleswig-Holstein.