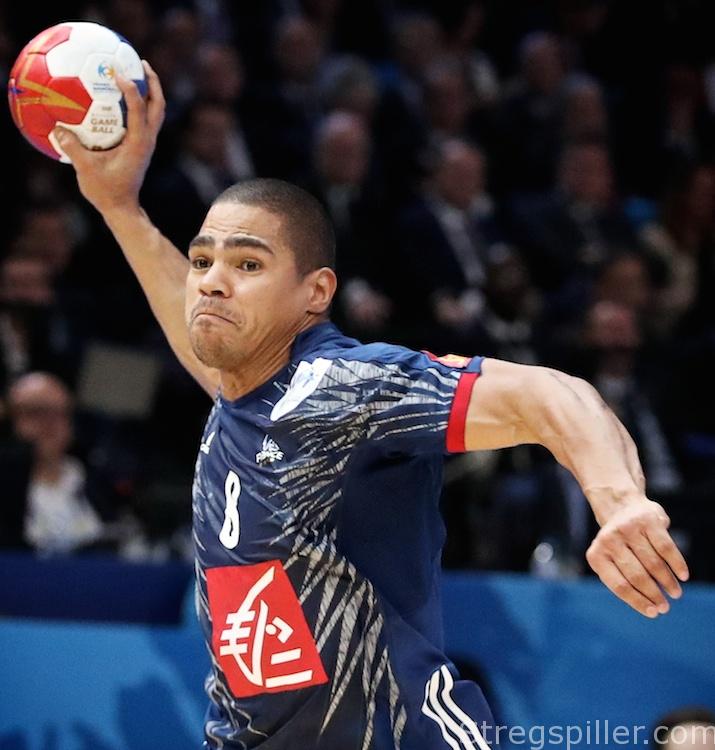 A win to bid farewell

After losing by five in Oslo (30-35), France set the record straight in Clermont-Ferrand, winning by four (28-24), keeping their chances alive to qualify for the European Championships 2018, before celebrating the end of Thierry Omeyer’s and Daniel Narcisse’s international career.

Whoever expected a tight game against France and Norway had to look elsewhere, on Saturday night. Sure, the first quarter was a close affair, with the Scandinavians taking the better start and leading by two after six minutes (2-4).  But by the time Thierry Omeyer decided that his last international appearance would end with a victory, there was nothing to do for Sander Sagosen and his teammates. Moreover, Daniel Narcisse was at par with his PSG mate, scoring nine, including the first and the last goals for his team.

“We had to be 100% focused on this game and we couldn’t think about anything else. We said that we would come here to help the team, not to party.  I didn’t quite pay attention to how many goals I scored”, said Narciss.  The last set play, allowed him to add a 943th goal to his record.

France appeared sloppy at first, before the two “old ones” put the team on their shoulders, leading them to the win.

“I tried not to think about it too much, maybe a little bit during the anthems, but nothing more.  But for sure, as the game went on, you get flashes and in the last ten minutes, I tried to enjoy it as much as possible”, confessed Thierry Omeyer.  The goalkeeper was in party mood, often encouraging the crowd to roar before taking the time to sign autographs after the final whistle.

The most emotional moment came after the match – the celebration set up by the French federation. While Norway went back to the dressing rooms with their heads low, Thierry Omeyer and Daniel Narcisse saw their wives and children come on the court with flowers.  While no tears were shed, big smiles were on all faces, happy that the kids took part in the farewell celebration.  Everybody knew about it but the two players.

“I talked to them on the phone in the afternoon and I was certain they were still in Paris”, recalls Omeyer.

“My parents came to the game too, and I enjoyed it a lot”.

A visibly moved Daniel Narcisse didn’t hide his feelings, taking the time to joke that he “nearly shivered” when he saw his children stepping up on the court.

Sports-wise, it was their teammates who gave the two veterans the highest tributes.

“Two of the greatest French sportsmen ever”, added Nikola Karabatic – the mixed zone was the place to praise and honor Thierry Omeyer and Daniel Narcissse.

Possibly the biggest acknowledgment of all coming from coach and former teammate Didier Dinart.

“Maybe I helped them a little bit winning their first titles, but they helped me winning my first trophy as a coach.  I want to thank them so much for that.  They’re two gigantic players that have been an important part in the history of the French team”.