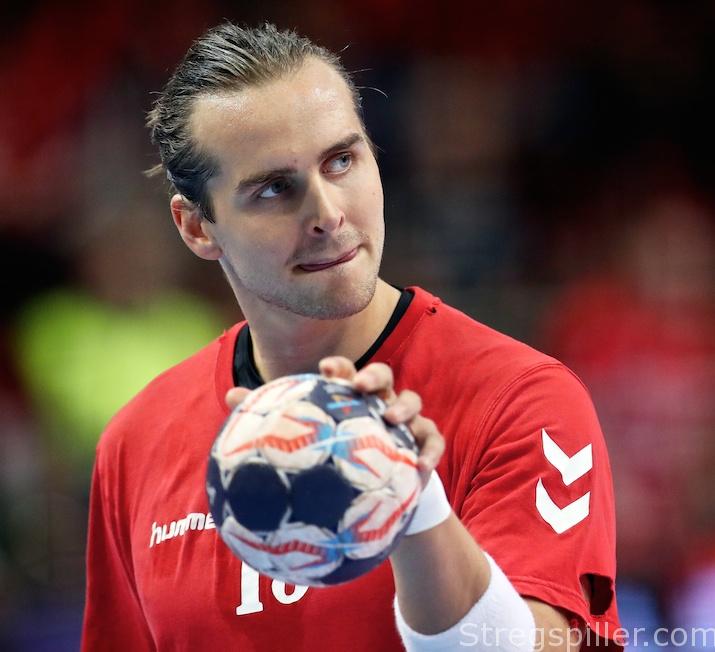 INTERVIEW – Reaching the FINAL4 with Veszprém without playing the Round of Last 16 and a quarter-final feels peculiar, according to Kent Robin Tønnesen.

By the same token, the experienced Norwegian right back is content that the Covid-19 break gives him more time to get back in shape, following his Achilles tendon injury.

“All competition will be completed somehow”, EHF president, Michael Wiederer, reassured the handball community at the end of March. It would turn out different as is known by now.

The ongoing international “lockdown” because of the Covid-19 pandemic put a stop to the EHF´s initial emergency plan scheduled for June. On April 24th, the federation cancelled most of the remaining events. Only the women’s DELO Champions League quarter-finals and the FINAL4, in Budapest and the men’s VELUX EHF FINAL4 stayed on the calendar.

On the men’s side, the two top teams (THW Kiel, Barca, Paris Saint-Germain and Telekom Veszprém HC) were selected from preliminary groups A and B of the 2019/20 men’s VELUX EHF Champions League season.  They will participate in the VELUX EHF FINAL4, on December 28-29, in Cologne.

“Of course, it’s special to be promoted directly to the FINAL4, but on the other hand, this break gives me more time to get in shape after my injury,” says one of Veszprém´s right backs, Norway’s international, Kent Robin Tønnesen, who has been sidelined with a torn Achilles tendon since early December 2019.

Back then it was expected that the injury would put him out of action for the rest of the season, but reality turned out to be less gloomy.

“I was ready to join the team for practice at the beginning of April and I was looking forward to begin playing again around this time – in early May. Of course, the extended break allows me more time to work on my form.

“But, it’s also a bit frustrating to not get the chance to compete, now that I am able to,” Kent Robin Tønnesen tells stregspiller.com

Mixed feelings about FINAL4 in the middle of another season

He’s also a bit ambivalent about the timing of the FINAL4.

“Playing the 2020 FINAL4 in the middle of next season will definitely be strange.

“Not only will we have started a new Champions League campaign, but some of the players, who have contributed to qualifying us for the FINAL4, will no longer be with us. Their contracts will have expired, while we’ll have new players who have no part in the achievement.

“Anyway, that’s the way things are and we will certainly try to make the best of it,” says the 196 cm tall right back, who will start his his fourth season in Veszprém.

Advantages of a large squad

However, it’s a big question if Tønnesen will be even part of the Veszprém team and play the FINAL4 in seven months?

It’s widely known that the Hungarian handball power-house has one the largest rosters in the entire Champions League. In fact, the club has probably enough players to form three outstanding teams.

“Of course, the competition here is tough. On the right back position, we have three world class players, but I find competition to be a healthy element. And, in my opinion it will always make a team better.

“Personally, I feel that I have benefited a great deal from training with some of the very best players in the world over these past three years. Even though it is not possible at the moment, due to the Corona virus.

“I am quite keen to start my fourth season here in Veszprém and I am sure I will be part of the team if I work hard enough. Although, no one can be assured to play every time, given the rivalry for each position.

“Yet, it’s great to play in a team that may even be strong enough to win both FINAL4´s next season.

“Winning two Champions League titles in one season will be an achievement, which probably won’t be repeated by any other team.

“If we play at our best, it’s absolutely possible,” finds Kent Robin Tønnesen.