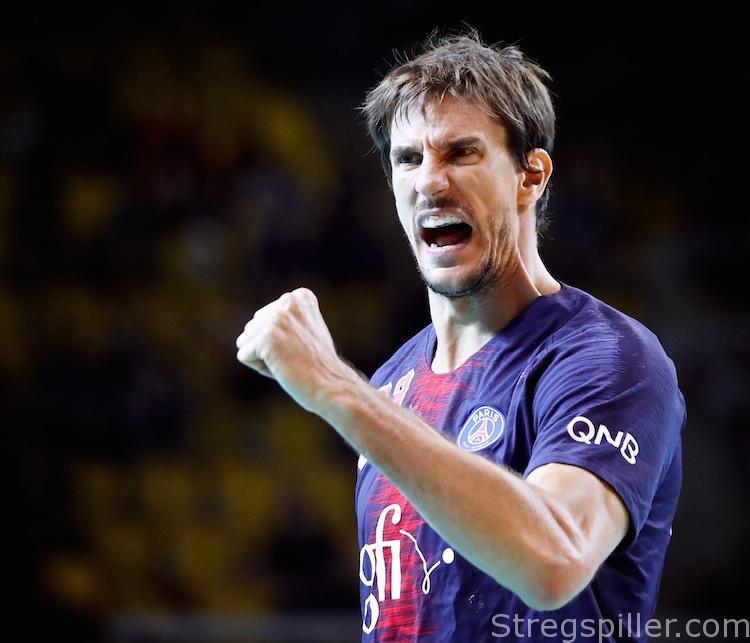 Over the course of the past fifteen years he has played for some of the biggest clubs – Ciudad Real, FC Barcelona and now Paris Saint-Germain. Meet Viran Morros, one of the world’s best defense players in the sport of handball.  At age 35, he’s won almost every title there is, yet there are two more trophies that keep him going: an olympic medal and a first Champions League success with Paris.

Viran Morros sat down exclusively with stregspiller to talk about the current situation at PSG and his expectations for the 2020 Olympics.

How would you rate the beginning of the 2019/20 season for Paris?

I think the situation is very good as we’ve won all our games, thus far. Right now, it’s a bit difficult because we have a number of injured players. Still, we manage to win, which is the most important thing. And, we know that we have a very, very tough game in Barcelona coming up.

What are the consequences of all these injuries?

As I said, some important players are out and therefore some of the others, like Nédim, Nikola or Kim, have to play more. They are a bit exhausted, but this is what we’re paid for and we hope that this situation won’t last too long. At the moment there’s nothing we can do about it, anyway.

How did you react when you saw the name of Barcelona next to Paris after the Champions League draw?

Very good – I’m going back to Barcelona, I’ll be able to see my family and friends and I will play at the Palau.  It’s all very special to me.

What does Barcelona mean to Viran Morros?

It’s my home, it’s where I started playing (handball ed.), it’s the place where I learnt a lot. I went away, but when I returned the club was playing at an amazing level and we won everything. I won the Champions League with Barca and that was a very important moment in my career.

“Home” is quite a strong word, isn’t it?

No, it’s the truth. Barcelona is the city where I was born, where I got my handball education, between the ages of 14 to 19. I’ve spent a lot of time there, and lived through a lot as well – Barcelona is my home.

That’s the way it happened. I didn’t get the opportunity to continue playing there – it was as simple as that. I had to find a new club and I got the chance in Paris.

How do you compare the two clubs, now that you’ve played for both?

Two big clubs in two similar situations – Barcelona have more history, the handball division stands out with plenty of titles.  Barcelona is a very strong club, including football, handball and basketball – all divisions have achieved excellent results. When I joined PSG, I saw that handball is very important here as well and – in my opinion – it is easier to focus the energy in this club. In Barcelona, there are a number of sports under one roof, whereas here, it’s only about football and handball.

Is Paris at the same level as Barcelona?

With regards to handball the answer is ‘yes’.  Yet, there is a difference between the two clubs when you look at how many trophies they have won. Of course, the Champions League is the most important one of all and winning it (the FINAL4 ed.) is the dream of everyone in and around the club. Winning the Champions League is a catalyst for growth for any club. You really take another step forward when you win the FINAL4 and I hope it will happen very soon. For sure, Paris can claim that they are at the very same level as Barcelona, once they have succeeded in the Champions League.

Talking about titles – you almost won all of them, what keeps you going?

Many things.  First, I’m happy to be here, to practice and to play.  I really appreciate this time here and now, being in the locker room, playing on the road, the anxiety before the next game – I love it.  Another one of my dreams is to play in the Tokyo Olympics, next summer. Winning gold would be a dream come true. The feeling must be unique.  I played in the Olympics in London and that was one of my best experiences in my handball career. I think the loss against France, in the quarter-finals, was one of the toughest I’ve ever been through. Winning a medal is unbelievable, but to participate in the Olympics would be amazing all by itself.

Let’s say that if I win an Olympic medal, that would be amazing. But, we can’t talk about it right now. I’m 35, almost 36 – I don’t have much time left to play handball.

Do you have a special role to pay in Paris because of your age?

My role has always been the same during my entire career, especially in defense. I always try to work for the team – I enjoy it and I feel like I add value. That’s the way I like it.

Given all your experience, does it make you see things differently, when you look back at how your Champions League journey ended last season?

This game (against Kielce ed.)…it’ll be with us forever. I don’t know what happened that day, and I probably never will. We could play it one more time, a hundred times more, and we wouldn’t lose by ten ever again. But that’s how things are. We struggled to accept it, because the Champions League final was our main goal, but we had to.

So, does this particular kind of disappointment help you going forward?

I guess so – in handball I’ve seen a lot and it kind of helps you getting back up again. The game against Kielce, I’ve put aside.  It’s locked somewhere in my head, but I try not to think about it again. We have another chance this season and we’ll do everything to be successful.