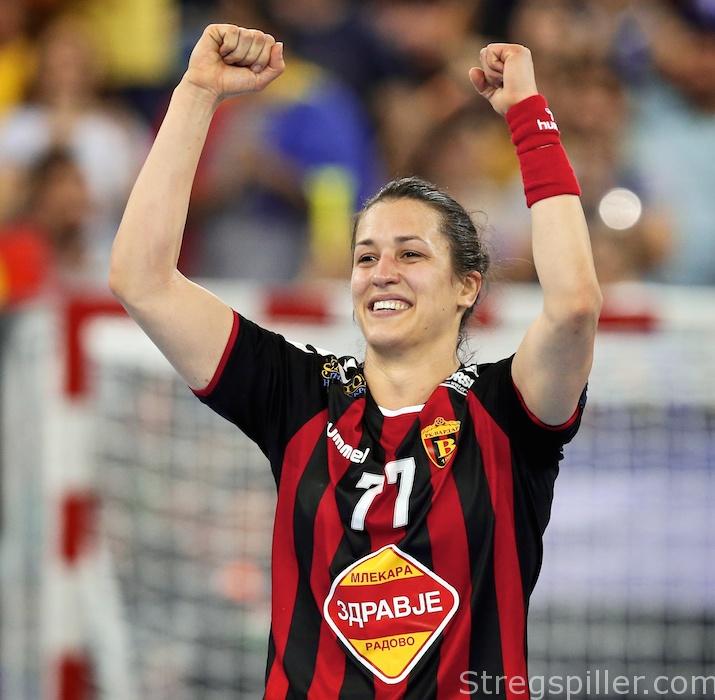 Group C – Can FTC move closer to the top?

Vardar Skopje are clear favorites for winning Group C – no doubt.  But another pressing and perhaps more interesting question is, if FTC Budapest can take the last step to the FINAL4 after being close a couple of times.

A good group phase campaign will be essential to Hungary’s eternal number two – the club should not be facing any problems against a depleted Larvik team or against German runners-up Thüringer HC.

What Group A and C have in common is having an obvious number candidate for first place.

Just like CSM Bucuresti are the huge front runner in Group A, Vardar is expected to take first place in Group C.

The arrival of line player Dragana Cvijic, (former Buducnost) as successor to Anja Althaus, has certainly not weakened an already strong Vardar team.  The Macedonina champion showcases one of the most terrifying back court lines in the entire Champions League.

Add to it Mirjeta Bajramoska (former Krim Ljubljana) and this back court has grown even stronger.

As many of us still remember, Vardar forced Gyor into extra time in the Champions League final back in May of this year, and there is no reason to believe why the Macedonians won’t take the next step this season.

The 27-year-old line player from Buducnost is a tremendous reinforcement for Vardar and a more than adequate successor to Anja Althaus who decided to extend her career one more year, joining Gyor.

Cvijic’s tough and uncompromising defense work is just one more reason why the 183 cm tall, Serbian international will make a significant contribution to Vardar’s quest for winning the Champions League in 2018.

Her importance to the team is enormous – on as well as off the court.

Her skills and experience as playmaker are essential to the team´s offense and future Champions League success – she is the true leader of the team.

It turned out to be a golden signing, when Vardar persuaded Lacrabere to join from French OGC Nice, in the summer of 2016.

The French international is ranked among the very best on the right back position.

The fact that she can also execute the playmaker position makes her even more valuable.  A left-handed playmaker still tends to confuse many opponents.

Vardar should be able to reach the FINAL4 for the fifth time in a row.

FTC – Taking the next step?

The past two years, the quarter-final spelt the end to FTC´s Champions League dreams.

Two clear defeats in the Hungarian derby against Gyor sealed their destiny in 2016, and last season, CSM stopped FTC from taking center stage at the big event in their hometown.

Will this be the year when they’ll take the last step and go where they have not been yet – the Champions League FINAL4?

FTC have been reinforced by Dutch international, Laura Van der Heijden, who joined from Danish Esbjerg on the right back positon. But will this be enough for the team from the Hungarian capital in their battles with some of the stronger teams?

In this group it will – a second place should be all but assured.

Van der Heijden is an asset – no doubt.

The 27-year-old Dutch international has strengthened the Hungarian squad on right back, a position that has been one of their soft spots in the past.

Her efficient and precise left-handed shot can certainly help FTC´s effort to reach the FINAL4, finally.

This great goalkeeper talent joined FTC from league rivals Vac at the age of 21 in the summer of 2016 and got her breakthrough immediately.

One year later, she already paid her new club back, guarding the goal with the skill and experience typically associated with more mature goalkeepers.

Kim Rasmussen – Hungary’s new national coach – must be looking forward to working with her as well.

30-year-old Zsucsanszki is definitely not a new player to watch out for.

She has been with FTC all her career, and her qualities are already well-known and established on the club level as well as in the Hungarian national team.

The days when Larvik was a power factor in women´s handball in Europe are gone – at least for a while.

The departure of Sandra Toft, Marit Malm Frafjord, Amanda Kurtovic as well as the retirement of Anja and Gro Hammerseng-Edin has meant a new start for the Norwegian record champions who are not even favorites for winning the national league, this season.

New players have been brought in, but not only do they not possess the quality of those who left, it will also take time to integrate them and form a new team.

We cannot rule out the possibility of seeing Larvik back at former strength one day, but it will not be this season.

There’s nothing new about coach Moen – he represents Larvik bedrock and will have his hands full, building a new and successful team.  The recent announcement of Linn Kristin Riegelhuth Koren’s pregnancy only highlights that many of Larvik’s young talents will have to step up faster if the club is to return to former glory in the foreseeable future.

Tor Odvar Moen will be assisted by the very capable Lene Rantala and Geir Oustorp in his reconstruction efforts.

Now that Sandra Toft and Alam Hasanic have left the club, the goalkeeper position is in completely new hands.

Taking over from Sandra Toft is no easy task, and many eyes will be on 27-year-old Rundbråten who joined this summer from Glassverket Drammen, where she was born.

Rundbråten brings some Champions League experience with her and this may come in useful in a season that will be challenging for Larvik.

She has not exactly followed in the footsteps of her younger brother Jerry, as she does not play the same position.

While Jerry plays on left wing at Rhein-Neckar Löwen and the Swedish national team, Cassandra occupies the left back and playmaker position.

Last season, she was one of the key players when Höör won the Swedish championship – a true surprise.  Her flexibility and eye for the game, paired with a powerful shot make her a very welcome addition to Larvik.

In a close battle with Thüringer HC, Larvik will have their hands full to reach the main round.

As I was preparing the “3 to Watch” section,  I had piece about their new right-back, Anne Hubinger, in mind.

But then, Hubinger sustained a serious foot injury while being on duty for Germany´s national team.

Needless to say, that it will be a severe blow to THC´s chances in the 2017/18 Champions League campaign as well.

Just like injured Anne Hubinger, Saskia Lang joined from HC Leipzig as the club ran into severe financial difficulties ahead of this season.

With her skills and her many years in top handball, the 30-year-old left back ought to be a considerable reinforcement for the team.

Despite being 21 years old (turning 22 in the middle of October) Eckerle already is an established top keeper with plenty of national team experience and strong performances in the Bundesliga and the Champions League.

With her and Jana Krause, the goalkeeper position at THC is in safe hands.

Safe hands are also the key words when talking about the Spanish playmaker.

32-year-old Aguilar, who is playing her second season with THC, is a great organizer of her team´s offense.

Furthermore, she brings Champions League experience to the table given her stints at Spanish Itxaco and Gyor.  She knows what this tournament is all about.

Thüringer will be in a tight fight with Larvik for a third main-round ticket.  Which team will advance?  At this point – it’s a coin toss.