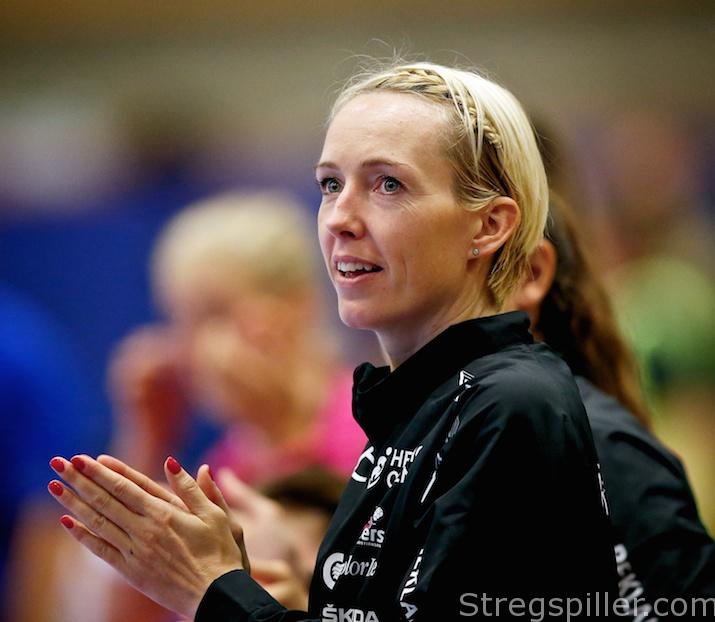 With two debutants – Bietigheim and Vipers Kristiansand – along with the Frech champion Metz and a Buducnost team under reconstruction, Group D will surely add color to another interesting Champions League season.

Considering the many players who left Buducnost over the summer, Metz appear to be group favorites.

Metz Handball – The group favorites, but then…

Under normal circumstances – meaning until last season – Buducnost would have been the leading candidate to win Group D, but after a bunch of players departed the Montenegrin club, that role has shifted to Metz.

Well, that was before goalkeeper extraordinaire, Laura Glauser, announced her pregnancy.

Missing the French international will undoubtedly be a handicap for the back-to-back French champions, even though they can rely on another highly competent goalkeeper – Marina Rajcic.

With or without Glauser, Metz is fun to watch.

Their offensive line up is one of the best there is – creative and refreshingly fast.   And the team did certainly not become less attractive after the arrival of Manon Houette from Thüringer HC.

Despite the absence of Glauser, Metz may still win the group, but now, they will be in tougher battles with the newcomers of Bietigheim and Vipers.  Coach Mayonnade will have his work cut out.

Fetching Houette from Thüringer HC was a great move by Metz ahead of this Champions League season.

Just how good is this 24-year-old left wing?  France´s two friendly games at home against Brazil this past weekend serve as perfect illustration.

18 goals on 18 attempts from Mademoiselle Houette just say about everything about her goal scoring qualities.

The crowd at ”Les Arenes” really  look forward to her handball artistry.

In Glauser’s absence a lot of extra responsibility will fall on the shoulders of Marina Rajcic.

Metz´s prospects will depend a great deal on how the 29-year-old Montenegrin goalkeeper, who is in her third season with Metz, will cope with the burden.

No doubt – Rajcic is a great and experienced goalkeeper, but she will have to do a bit more than what she has been used to.

The 29-year-old line player developed significantly during her first season with Metz after joining from Nice in the summer of 2016.

182 cm tall Edwige, who is at least as good in defense as she is playing on the other end of the court, has become a pillar for Metz and the French national team.  In 2016, she won the silver medal at the Rio Olympics and collected bronze at the European championship in Sweden later in the year.

Metz will make it to the quarter-final just like last season, but they will not take the last step to the FINAL4.

It was a gift to all the other three teams in the group to be drawn with Buducnost as the team from Pot 1.

Buducnost anno 2017 is only a shadow of the team that reached four straight FINAL4´s in the past years and winning the Champions League in 2012 and 2015.

Stars such as Cristina Neagu, Katarina Bulatovic and Dragana Cvijic have all moved on, just to mention the most prominent departures.

Head coach Dragan Adzic is building a completely new team for the future.  The project will take time.

The young Buducnost squad can play without any pressure, but it is a big question, if spirit and optimism will be enough to carry the club deep into the tournament.

Being a key asset in a Champions League team at the age of 20 would mean some kind of pressure to almost any player, but Jaukovic is already used to shouldering such responsibility.

Already at the 2015 World Championship in Denmark, she had her break-through with the Montenegrin national team.  2015/16 was also the season, when she became a pivotal player in Buducnost – first on the defensive end, and slowly but surely in the attack as well.

At both ends of the court, Jaukovic´s skills will be badly needed for her team making it to the next round.

Like Djurdjina Jaukovic, Raicevic is one of the few players from the “old” Buducnost squad who stayed.

Having recovered from injury, the 27-year-old playmaker will be coach Adzic´s leader on the court.

She is one of the most experienced players, and she will have to shoulder a big workload on and off the court.

After Dragana Cvijic left for Vardar, Suzana Lazovic will have to carry the burden on the line and in defense.

The 25-year-old line player is generally known as a tough and uncompromising defender – some would say she is even tougher than Cvijic.  Yet, she does not live up to her former teammate’s quality when in attack.

Buducnost may have a promising team for the future, but this season, they will not make it beyond the group matches.

No less than half of the teams in Group D are Champions League newcomers, and they both look exciting.

After winning the German championship for the first time – in convincing style – SG BBM Bietigheim are ready for their first try at the finest of all handball tournaments.

The team from Southern Germany is not new to European handball, though.

Last year, their debut on the European stage was noteworthy, when Danish coach Martin Albertsen and his crew reached the final of the EHF Cup.

With one Dutch international (Maura Visser) out, another one will be among Bietigheim’s most crucial players.

At the age of 24, Tess Wester is still fairly young for a goalkeeper, but she represents world class for a couple of years already.

Just like she has played an important part in the up and coming Dutch national team, she has a lot to do with Bietigheim´s recent success.

It feels as if she has been on the international stage for ages, but in fact, Susann Müller only turns 30 on October 18.

She has gained her experience in a number of top clubs around Europe.  Most recently, she was in Gyor, from where she joined Bietigheim in 2015.

Müller has been an essential part of Bietigheim´s success, and her lethal left-handed shot will be an important factor when Bietigheim begin the 2017/18 Champions League campaign in Podgorica this upcoming Saturday, against Buducnost.

Bietigheim landed a coup, when they managed to buy Fie Woller out of her contract at FC Midtjylland, in the middle of last season.

The 25-year-old Danish international became an instant improvement on left wing and there is no doubt that the German champions will benefit even more on Europe’s biggest handball stage.

Now that her twin sister, Cecilie, has joined the club, she may feel even better in the south of Germany.

Bietigheim will make it to the main round without much trouble, and with a bit of luck, a quarter-final berth is in the cards as well.

If Bietigheim peaks your interest, so must Vipers Kristiansand.

For many years, we have been used to Larvik being Norway´s – and for this matter -Scandinavia´s – best bid for a top position in the Champions League.

This season, however, Vipers Kristiansand, located in the far south of the country has taken over as the number one team in Norway.

It’s no surprise when you look at the roster.

Prominent players such as goalkeeper Katrine Lunde and left back Emilie Hegh Arntzen were added to an already very promising squad.

Back in Kristiansand where it all started and reunited with her sister Kristine, Katrine Lunde, the 37-year-old goalkeeper appears to be in the shape of her life.

Her return from Rostov-Don, where she won the EHF Cup in 2017, has been a tremendous boost to Vipers, on and off the court, attracting spectators as well as sponsors.

Stealing the best player from one of your main competitors is a move that almost always pays-off twice.

The signing of Emilie Hegh Arntzen from league rival Byåsen Trondheim was certainly a big deal for Vipers.  It does not only improve the club’s chances of winning the Norwegian championship but will impact the team’s prospects in this year’s Champions League as well.

Despite being 23 years of age, Arntzen is almost a complete handball player.

22-year-old Malin Aune is the upcoming star on right wing in Norwegian women´s handball.  She traded Oppsal for Vipers and with her speed and technical skills, Aune will be a real treat for any handball enthusiast for seasons to come.

Vipers is an obvious candidate for the quarter-final, but that will be the end for the ambitious Norwegians this season.  Or maybe not?