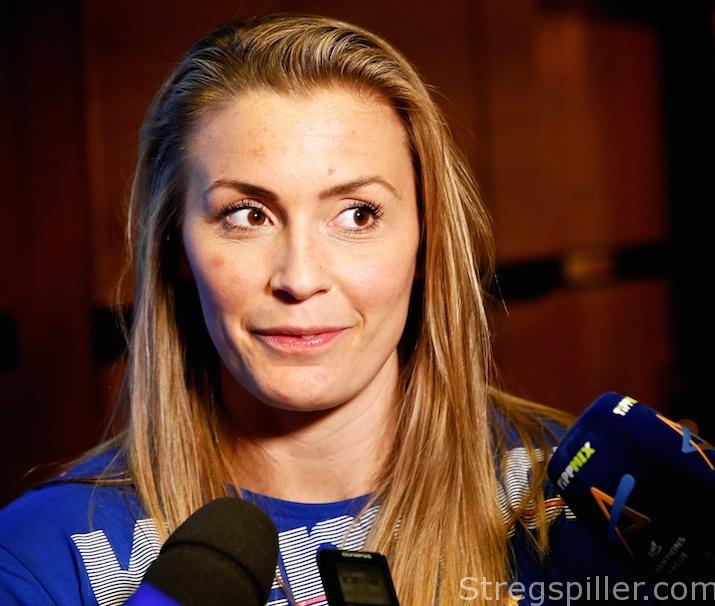 Unlike last year, CSM Bucuresti will get an easy start to the 2017/18 Champions League campaign.

Against the likes of Krim, Nykøbing Falster and Vistal Gdynia, the Romanian champion will hardly break a sweat en route to a group win.

CSM Bucuresti were not particularly happy after drawn to a group with Gyor, Rostov Don and FC Midtjylland last season.

This year, the 2016 Champions League winner had considerably more luck, when the draw for the group phase was all set and done.

Meeting Krim Ljubljana, Nykøbing Falster and Vital Gdynia makes CSM the odds on favorite.  In fact, the fights for the other two main round tickets may be the more interesting battles to watch.

After succeeding in their Champions League maiden voyage in 2016, CSM had to settle for a third place at the FINAL4 last season.  Today, the ambitious club from Romania appears even stronger.

Obviously, their most prominent signing is superstar Cristina Neagu, but other newcomers catch the eye as well.

Nathalie Hagman and Amanda Kurtovic are other prominent reinforcements on the right side, and so is Marit Malm Frafjord (pivot) as well as Sabina Jacobsen (defense).

And if new head coach, Helle Thomsen, can add another chapter to her success story, good things will happen on the bench as well.

No doubt, Thomsen will rely on her Scandinavian philosophy, and with no less than six Scandinavian players in her squad, a fast game of handball will come natural.

Apart from the names already mentioned, other Scandinavian representatives at CSM include Swedish, Isabelle Gulldén, and Danish, Line Jørgensen who is fit from injury, finally.

Of course, we have to mention the greatest star of the team and possibly the most significant transfer ahead of this Women´s Champions League season.

The 29-year-old super star is back in her homeland after five years abroad with Buducnost.  That she will substantially increase the shooting power of CSM’s back court line may be an understatement.

The versatile Swedish international can occupy right wing as well as right back.  She will do well either way.

At her former club, Nykøbing Falster – who she will meet again in the group stage – she mainly the played in the back, while Sweden´s national coach Henrik Signell prefers her on right wing.

At CSM, she will find herself on right wing most of the time, trying to fill the footsteps of Carmen Martin.

The 31-year-old former Norwegian international appears to be a major reinforcement on the line, a position that may not have been CSM´s strongest, so far.

Oana Manea is still there, and she is doing well, but the arrival of Frafjord is definitely a scoop that will be felt on both ends of the court.  Marit Malm represents top class.

CSM will make it to the FINAL4 – at least.

Krim Ljubljana – it will be a struggle

At least one of Krim´s opponents in the group phase, Nykøbing’s coach, Jakob Larsen, thinks highly about the club’s chances.

The Slovenians have lost Mirjeta Bajramoska to Vardar, and their most famous addition, Tamara Mavsar, left-wing from Vardar is currently recovering from a long-term injury.

Krim’s roster appears to be slightly deeper when compared to last season with the arrival of former Buducnost left-back, Jelena Despotovic and former Swedish international Maria Adler from Odense. Still, these reinforcements don’t mean that the team will go far.

Last season, Krim improved a great deal after a miserable start.  They made it to the main round, where they lost all matches, though.

A similar fate may very well await the club this time around, after sorting qualifications spots with Nykøbing and Vistal Gdynia.

Already in the 2016/17 Champions League campaign, at the age of only 19, the Bulgarian back court talent showcased her enormous talent. No wonder that Krim was facing some of their biggest problems while she was sidelined due to injury.

Omoregie is a really versatile back-court player with significant pace, and just as impressive technical skills. Her ability to read the game, will not have decreased because of another year full of experience at the highest level.

A right-handed player on right wing?!  That is not possible in modern handball – certainly not at top level.

But, it works fine for the 32-year-old, Croatian international.

Already, last season, Benko showed her skills, scoring 47 goals in the Champions League alone. But many of these goals came on the back end of running counter attacks – yet another strength of Benko.

After gaining Champions League experience during her three years with Buducnost, Despotovic has arrived in Krim via Hungarian DVSC-TVP, where she played last season.

It will be interesting to see, if the 23-year old, 183 cm tall, left-back, can make up for the loss of Bajramoska.

Krim will make it to the main round, but that will be it

NFH stunned Danish handball back in May, winning the championship for the first time in the club’s history.

The team from the south corner of Denmark was definitely not top favorite for the title, but under the auspices of charismatic coach Niels Agesen, NFH came from behind and took the title, defeating the favorites, FC Midtjylland and København Håndbold.

Since then, Agesen has moved on to Randers and former Greenland international, Jakob Larsen, has replaced him.  He is new to coaching women – never mind coaching a team that is competing in the Champions League for the very first time.

New players have been brought in to replace the aforementioned three key players, still NFH appear a bit weaker when compared to the surprise team of last season, a crew that reached the EHF Cup semi-final on top of becoming Danish champions.

Actually, one of the most interesting individuals at NFH is the head coach.

Being the first coach from Greenland ever in the Champions League already is an interesting aspect. But, it will be even more intriguing to see how he will cope with the change of coaching men – where he was successful – to leading a women´s team.

Several coaches before him had to realize that such change is not an easy one.

Can Larsen adjust in time and fill the rather large footsteps of his predecessor, Niels Agesen?

Kristina Kristiansen, mostly known by her nickname “Mulle” is a colorful player always worth watching, in more than one way.

Her all-year-round tan and her many tatoos make her just as eye-catching as her fast and aggressive way of playing handball.

More than ever, she is the key player that NFH’s Champions League success will depend on.

A Japanese international playing the Champions League for a Danish club – that is just as exotic as a coach hailing from Greenland.

NFH realized they would take a chance, when they signed Ikehara for the right wing position. The bigger question was how to integrate her?

Judging by her on court performances so far this season, however, all worries appear to be unfounded.

Ikehara has done great, and all of her first nine first shots in Denmark’s national league hit the back-end of the net.  She has proven herself as a great asset on right wing as well as running counter-attacks.  For now, NHF´s risky move has paid off.

The Danish champion should make it to the main round, and despite their lack of Champions League experience, a quarter-final berth cannot be ruled out either.

Just like NFH, Vistal Gdynia are debutants in the Champions League.

In the past, participating in the qualifiers back in 2012, were as close as the squad came to reaching the “promised land” in club handball.

Back then Viborg extinguished all their hopes to make it any further.  This year, another Danish team will be the first opponent for the Polish champions, when they will be visiting fellow debutants NFH.

That match may very well provide a good indication of Gdynia´s chances in the tournament.

Female coaches in top handball are a rare species, and Trusynska, even with nine years of coaching experience, will be facing some kind of a challenge, when trying to move her crew past the group phase.

Just like Jakob Larsen (NFH), she is new to the job, after succeeding Pawel Tetelewski who led Gdynia to winning the Polish championship, last season.

The 34-year-old goalkeeper, who has played with Vistal Gdynia for the past seven years will need all her skills and experience, if Vistal are to make it any further than first round.

She is the only newcomer in a club that has said “good-bye” to four players.  25-year-old Pekala will be carrying quite some responsibility on right wing, where she is replacing Monika Kobylinska who decided to join German Bundesliga side, TuS Metzingen.

Pekala is a good winger, but she does not possess the same qualities as Kobylinska.

The group phase will be the end of Vistal Gdynia´s 2017/18 Champions League adventure – this time.