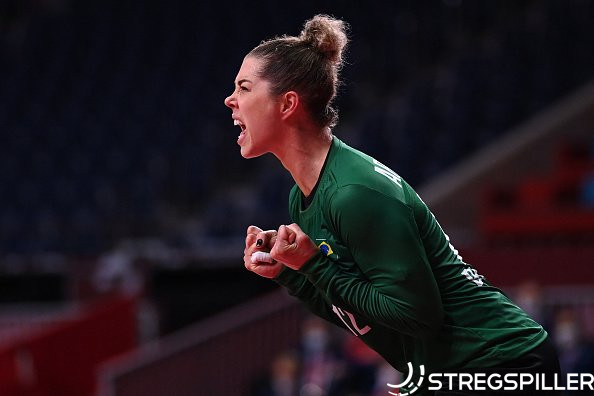 Brazil put up a spirited fight against the reigning Olympic champions from Russia in their first round match, splitting points after 60 minutes of handball.

Likewise, Hungary battled hard against France, but fell short by just one goal (29:30).

Hungary jumped to a quick three-goal lead before the wheels came off.  Backed by a superb first half performance of goalkeeper, Barbara Arenhart, Brazil took full control of the match and never looked back.

Courtesy of Nadine Schatzl, Hungary quickly led by three goals (4:1; 10th minute) before Brazil got a better grip on the match.

Barbara Arenhart turned into a human wall and denied several wide open shots from the Hungarian side and three minutes before the half her save rate stood at 47%!

On the other end of the pitch Amorim, Rodrigues and Vieira proved to be too much too handle.  The aforementioned trio combined for 10 of Brazil’s 17 first half goals.

Amorim & Co. continued where they left off before the break, while Hungary’s shooters kept struggling from lange range.  Veteran player, Zsuzsanna Tomori, and Nadine Schatzl stepped up, but it wasn’t enough to disrupt Brazil’s rhythm nor to get into striking distance.

A player like Aniko Kovacsics was dearly missed, especially in Hungary’s offense.

2/8 shooting from long range in the first half was one statistic which summed up Hungary’s misery at Yoyogi National Stadium.  It just wasn’t the day for Noemi Hafra and Katrin Klujber.

Brazil’s robust and physical defense efforts paid dividends as well and the shots that did come through all too often fed into the hands of Arenhart.

After the game Gabor Elek (head coach Hungary) expressed his frustration in no uncertain terms:

“You can’t win a match with this defense. I’m terribly disappointed and ashamed. This defeat puts us in a difficult situation.”