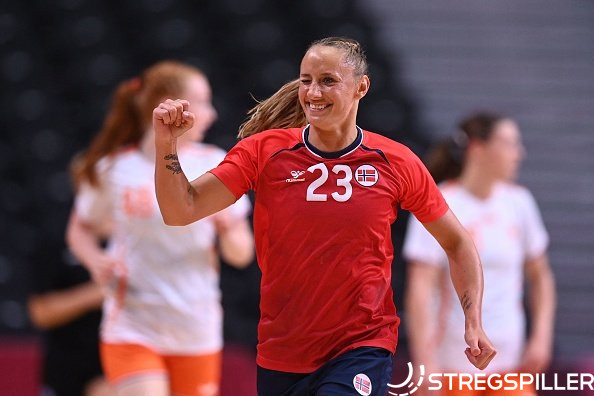 No other teams have scored more goals thus far in the tournament – Netherlands 112 and Norway 104.

The smallest margin of difference for the Netherlands were seven goals in their win against South Korea (36:43), while Angola narrowly avoided a double digit loss in round 2 against Norway (21:30).

With the temporary return of playmaker Nycke Groot, the Netherlands regained some stability in their backcourt. The 2019 World champions look much improved compared to their performance at EURO 2020.

Norway’s Stine Oftedal is widely considered the gold standard on the playmaker position and so far she has lived up to the expectation at the 2021 Olympics.  More to come in round 4.

Norway extended their winning streak at Tokyo 2021 to four, defeating the Netherlands in a brilliant game of handball.  Easily the best match in the competition, thus far.

A fast paced game of handball was widely anticipated and neither team did disappoint. The Netherlands hung with the winners of  EURO 2020 until Oftedal & Co. opened a three-goal window (11th min.), a gap which the team of head coach, Emmanuel Mayonnade, cut several times, but failed to close before halftime.

Skogrand’s goal with seconds to play kept the score at 16:13 in favor of Norway.

The game continued at a high level as the Netherlands kept nibbling away the Norwegian lead.

By the 41st minute Merel Freriks had scored the equalizer and soon thereafter Inger Smits placed the Dutch ahead for the first time in the match.  It looked like the momentum of the game had shifted.

Thorir Hergeirsson on Norway’s bench reacted and changed the make-up of his back-court.  Kristine Breistol’s exceptional long range shooting restored the lead, while the Netherlands hit a soft patch, unable to score for the better part of five minutes.

Veronika Kristiansen’s sixth goal at the end of a fast-break delivered the knock-out punch with less than two minutes on the clock.

Norway’s depth and two scoreless periods by the Netherlands explain some of the difference between the two teams, in round four of the women’s Olympic handball tournament.

A closer look at the backcourt performance sheds some more light why Norway ran away with the victory in the end.

Inger Smits (Netherlands) delivered an exceptional performance with good support of left-back, Dione Housheer (3/6) especially before and after the break. But, Abbingh, Dulfer, Groot and van der Heijden could not quite match the fire power of Mork, Kristiansen, Oftedal and the aforementioned Breistol.

The splendid play of the two line players, Danick Snelder and Merel Freriks, kept the Netherlands in the game for long periods, but it did not make the difference in this match for first place in Group A.  Neither did the excellent performance of Tess Wester in goal (35% saves).

Norway had the advantage on the wings and Solberg’s 39% save rate speaks for itself.

Head coach, Emmanuel Mayonnade may take comfort that it was not much that separated the two teams who could well meet gain when medals will be at stake, next week.

The Dutch will have to re-group ahead of their final match against Montenegro as second place in this group is still at play.

Norway secured first place in Group A and can begin to focus on their quarterfinal opponent.