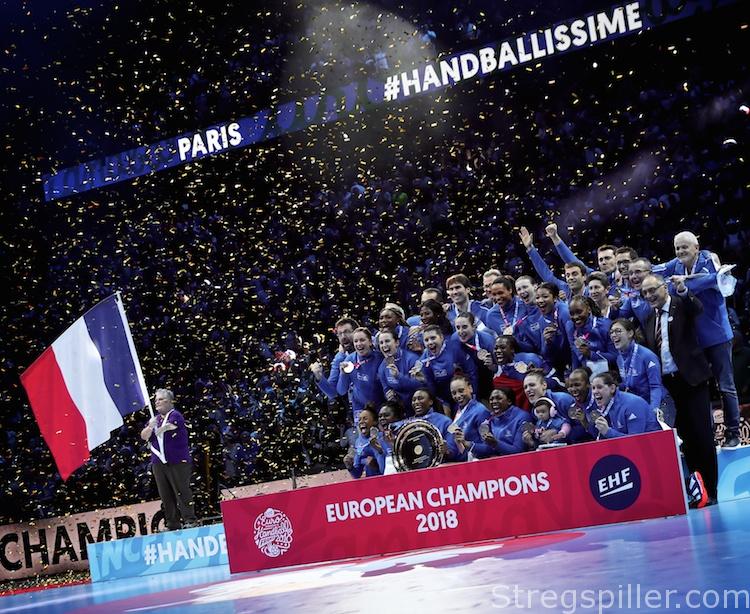 MATCH REVIEW – France won the European championship for the first time in history, while Russia will still have to wait for at least another two years.

*Both teams had qualified for the final match of the competition after six-goal wins in their respective semi-finals, where Russia defeated Romania 28:22, and France won 27:21 against the Netherlands.

*Neither team had won the European championship before.

*Russia had succeed in their last two competitive matches against France by three-goal margins – 22:19 at the 2016 Olympics in Rio and 26:23 in the opening game of this European championship.

One year after winning the World Cup for the very first time, France took their first European championship on home soil.

With Nikola Karabatic in attendance, France avenged the losses at the Olympic final (2016) and the one, the team suffered in the opening match of this tournament.

To make it short, the final in Paris was a hard fought match, where the French defense made the difference in the end

In the first 30 minutes both teams were following each other closely just as most of the pundits had expected.

Olivier Krumbholz was close to practicing one-on-one defense against Anna Vyakhireva, and this tactical move did handicap the Russian right back. Still, she managed to score three goals on five attempts and together with Daria Dmitrieva, they were the most noticeable Russian players in the first half.

After Anna Sen’s 1:0, France seized the initiative scoring three goals in succession and apart from Russia leading at 6:5 and 7:6, Dembele & Co. were in the driver´s seat, taking a one goal advantage to the locker room.

After the break, France quickly increased their lead courtesy of right back, Camille Ayglon, just before the most dramatic incident of the match.

Allison Pineau was dealt a direct red card by the two Danish referees, Karina Christiansen and Line Hesseldahl, for hitting Russian goalkeeper, Anna Sedoykina, in the head on a penalty shot.

Still, the shot was deflected from Sedoykina´s head into goal, making it 16:13 for France.  According to the rules, the goal should not have counted.

To no surprise, the crowd reacted and what already was a heated atmosphere now reached a feverish pitch and Russia’s offense was affected as they were struggling to get on the score board.

But, France kept their composure, went up 17:14 and for the rest of the match, a tactical clever French team maintained a one- to three-goal lead.

With a bit more than three minutes left to play, Alexandra Lacrabere scored what turned out to be the last and deciding goal of the match (24:21) and the French celebrations began.

A sold-out arena in Paris-Bercy served as a fantastic backdrop and provided tremendous support to the French team. 14,016 spectators set a new record attendance for a European championship final.

French handball fans certainly know how to create a festive atmosphere and this European championship final was no exception.

“We were shocked by the red card (for Allison Pineau ed.), but it made us even more determined to win. Actually, this situation changed the dynamic of the game.

“Obviously, this is a very emotional moment for me – for all of us.”

“It’s simply amazing to work with these old girls  – they are just fantastic and tonight we wrote handball history.

“Please do not congratulate me to the silver medal. In sport, there is only one thing that counts and that’s to be number one.

“I am very disappointed, right now, but of course, I congratulate France for winning the title. They have a very strong team.”

“Obviously, I am very sad, but that’s the way the game sometimes goes.

“We lost against a better team and we just have to accept it.”