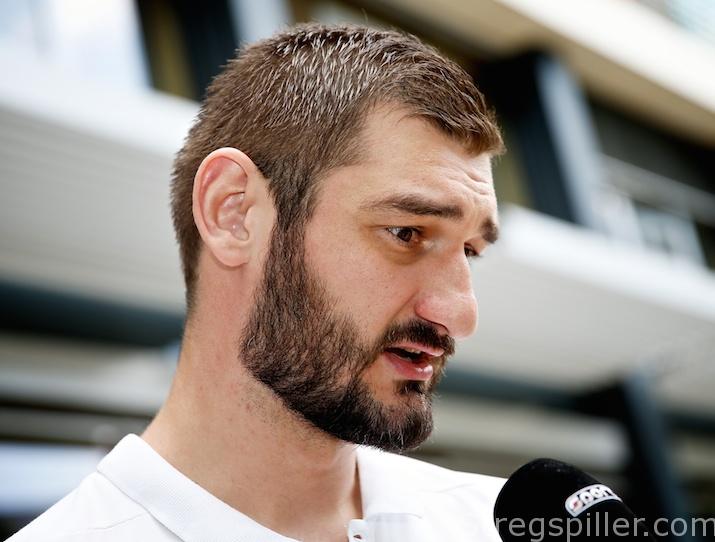 “This year Veszprém are the underdogs”

For the fourth time a row, Veszprém have made it to the FINAL4 of the Champions League.

On the three previous occasions, the pride of Hungarian men´s handball did reach this stage of the contest as well – only to lose every time.

After two defeats against Barcelona – 28:23 in 2015 and as narrow as 26:25 the year before – Veszprém, finally had their hand on the trophy last year.

Leading by nine goals midway into the second half in the last match against Kielce, the Hungarians looked like the sure winner. But it did not happen; Kielce came back and won after penalties, in dramatic fashion.

“I really have no idea if this will be Veszprém´s year,” says one of their most experienced players, goalkeeper Mirko Alilovic.

“In fact, I consider us to be underdogs this time.

“I do not even think that many people expected us to reach the FINAL4 at all, but now we are here, and that is a great achievement for us after a rather inconsistent season.

“However, being underdogs does not mean that we cannot win the tournament.

“Actually, I enjoy us being the underdog, and I think we can play more freely than at previous FINAL4´s

“Furthermore, we have seen so many times in the past that underdogs did win the contest.

“I suppose I do not need to remind you of Hamburg in 2013 or Flensburg in 2014 – and not many people expected Kielce to win last year.

“Furthermore, when people and media speak so much about the nine goal lead, we gave up against Kielce in the final last year, they seem to forget that we were not the only team that lost a big lead in almost no time.

“Barcelona lost a six-goal lead in the last minutes of their semi-final against Flensburg in 2014. These examples simply prove that the matches at the FINAL4 have a life of their own,” Mirko Alilovic tells stregspiller.com.

Previous defeats against PSG mean nothing

“Therefore, it does not really mean a lot to me, that we lost to PSG twice in the group phase.

“A cup game at a FINAL4 is so much different from a group match, and those two defeats came both at a time, where we were playing rather poorly, in general.

“Now, we are considerably stronger.

“We won both matches against Zagreb in the round of Last 16. We defeated Montpellier at home and on the road, in the quarter-finals, and we have booked a clear victory against Szeged in the first final of the Hungarian championship.

“We are at our best now,” claims the 30-year-old Croatian goalkeeper who is playing his sixth season at Veszprém.

He is prepared for a deciding role in both matches this weekend.

“For at least the past 10 years, nearly all handball matches have been decided by the goalkeeper duel.

“Most likely it will be the case at the 2017 FINAL4, as I think we are looking at four teams who can all beat each other on a good day.

“I am ready to play my part, and I feel I am at the top just like the rest of my team!” says Mirko Alilovic.