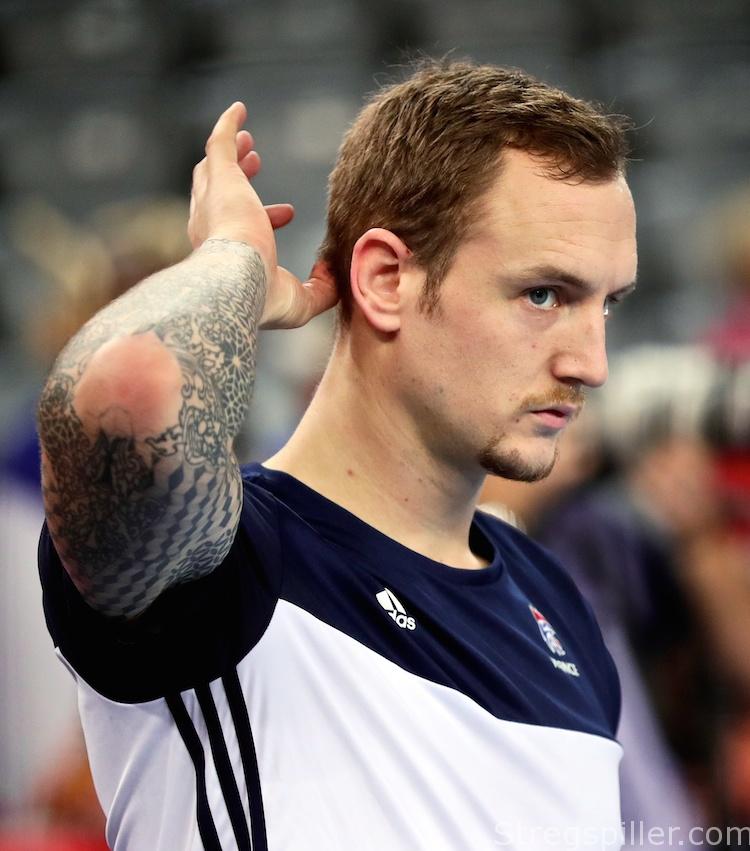 “Yesterday, we sent a message”

On Saturday evening, France took a major step towards the semifinals at the EHF EURO 2018, scoring a sound victory against Sweden, at Zagreb Arena.  After the game, Kevin Domas spoke with right wing, Valentin Porte about the match and what lies ahead.

You guys must be relieved having won against Sweden?

VP:  Yes, it feels good. We’ve got the points – maybe the game wasn’t the most exciting to watch, but we felt kinda cool. We never panicked, even when they came back, I didn’t feel any uncertainty. A six-goals victory against Sweden in an arena we’d never set foot in before; all of this is very positive.

Even if it wasn’t the prettiest game, the win still is the most important thing…

Do you understand that fans might not have enjoyed the game?

VP:   I do!  We enjoyed it because we won by six, and you can’t please everyone.  Fans have to understand that a European championship is a tough competition, and sometimes you can’t play nice handball – the most important thing is succeeding.

Were you surprised how Vincent Gérard, your teammate in Montpellier, has performed?

VP:  No, I see him every day and I’m nor surprised. He can get on your nerves, sometimes. For example, when he prepares for a game in front of his computer, and once he shuts the computer and loudly says: “Guys, we’re going to win tonight.” When he says it, he’s very confident and usually we do win. He knows a lot about the opponents’ shooters and he showed it again yesterday. Vincent managed put doubt in the heads of the Swedish players.

He comes across as very quiet,very composed…

VP:  That’s one of his most impressive characteristics. I think he made a lot of progress over the last couple of years. Mentally, he’s even more professional than he was before. He’s more composed, and he uses his  experience of the matches in the Champions League. He is ready to take on the number one position between the goalposts.

Describe your state of mind before playing against Serbia tomorrow?

VP:  It’s always dangerous to play a team that’s already out of  competition after the success against Sweden – an intense confrontation. We can’t rest on our laurels. You never know which face Serbia will put on. They’re already out (of the tournament ed.) but are they going to play a real game or will they throw it out the window?  This team is a surprise, when you look at the names; sometimes you don’t understand why they can’t play together?  But to avoid any of these questions, we have to play 100%, just like we did against Sweden.  And, no matter what course of the game will take, we have to carry on and make progress.

Only one team won all of their games and that’s France. Do you think that you’ve scored extra points psychologically?

VP:  When you play a team that hasn’t been defeated yet and who shows a certain stability in defense, it’s always hard to cope with it. It may serve as a reminder of difficult times in the past. Yesterday, we sent a message, conceding only 17 goals. But that doesn’t mean anything – we might take 32 against Serbia, tomorrow.

Did you have the chance to watch the Croatia game yesterday ?

We watched the second half during dinner and it was noisy.  And that’s great; that’s the kind of atmosphere you play handball for. I’ve seen the 2009 World championship final and I’m looking forward to play in this sold-out arena.

What did the players who played in the 2009 final tell you about the event?

VP:  Not much, apart from the fact that it was quite impressive. I guess for Sweden and Iceland who played against us in Lille last year, it was a big a thing as well. When you’re away, it’s always crazy to play against the local team backed by the home crowd.