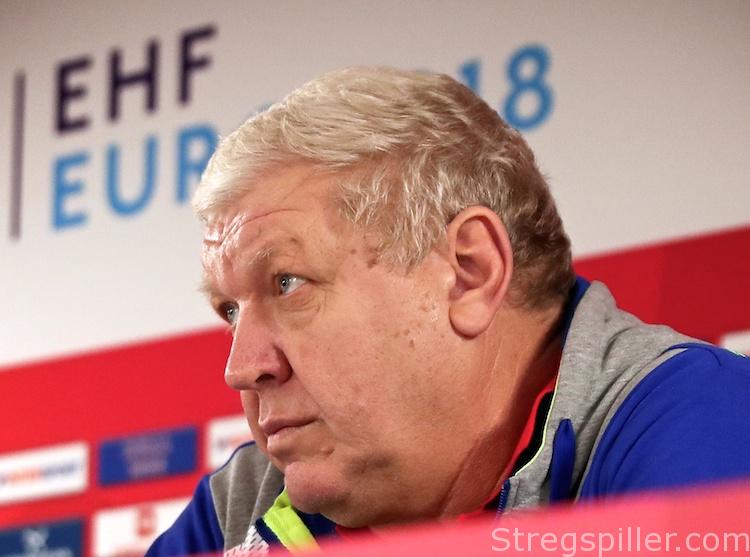 You big, roaring bear, I am gonna miss you!

OPINION – He is a coach, who almost everybody has something to say about.

Evgeny Trefilov, head coach of Russia’s women’s handball team, announced his retirement from active duty not too long ago.  It marks the end of a coaching career that has been successful, colorful and controversial at times.

First of all, this is not an obituary.

Evgeny Trefilov, you have not left this world even though health issues have forced you to step down as coach at the age of 64.

You have not even left the world of handball, as you will continue to shape handball in your capacity as vice president in Russia’s Handball Federation.  However, you won’t be found on the bench anymore. And this calls for a few words to a coach who always stood out, for better or worse.

Everybody in the world of handball has an opinion about you – in and outside of Russia.

Let’s face it – you would not have lasted more than a day in any team in the western hemisphere of Europe.

Your scolding and yelling would not have aligned well with the mentality of players outside of Russia. Many if not most of the observers that follow the sport closely shook their heads, when you accused a player of “running like a pregnant soldier” and it did not stop there.

Personally, I remember vividly sitting in the press area in Viborg’s Stadionhal, listening to your shouting and yelling in the changing room after a Champions League match.

Most of the pundits saw you as being part of the problem and not the solution, but your record shows something different and your coaching methods did pay off to some extent.  Rarely has Frank Sinatra evergreen ‘My Way’ fit the bill better. You certainly did things, your way!

Four World Championship titles and one Olympic gold medal say it all and so does the fact that once you changed clubs, almost your entire team kept following you.  Money may have played a role as well, but would so many players follow a coach they would not respect and trust?

You must have done something right, Evegeny.

The other side of Trefilov

And, you did “pay” your players back in other ways as well for enduring your vociferous critique throughout the season.

In an interview with the European Handball Federation, you mentioned inviting your entire team to a barbecue after each season – “as atonement” as you put it, back then.

Over the years, you became more relaxed and cheerful. It was a bit like observing Trefilov 2.0.

I experienced it first hand, when covering the 2015 Women´s Word Championship, in Denmark. As I stepped out of my car outside Arena Nord, in Frederikshavn, I saw you walking across the parking lot, apparently returning from a stroll, all smiles and quite relaxed.  It may have saved the day of one of the young volunteers, who escorted you to the post-match press conference later that day.

When she remarked “good match” you gave her a big smile and a handshake.  I bet the girl did not sleep much that night.

On the sideline of a handball court you were engaged and loud and you once explained: “I cannot understand a coach, who remains silent on the bench!”

Your voice in handball arenas around the world will be missed.  And, your good friend, Jan Pytlick, even claims that you are happier, now that you have stepped down as Russia’s head coach.

I hope he is right, but handball will be a bit less colorful going forward, to put it mildly.

You big, roaring Russian bear, I am sure gonna miss you!