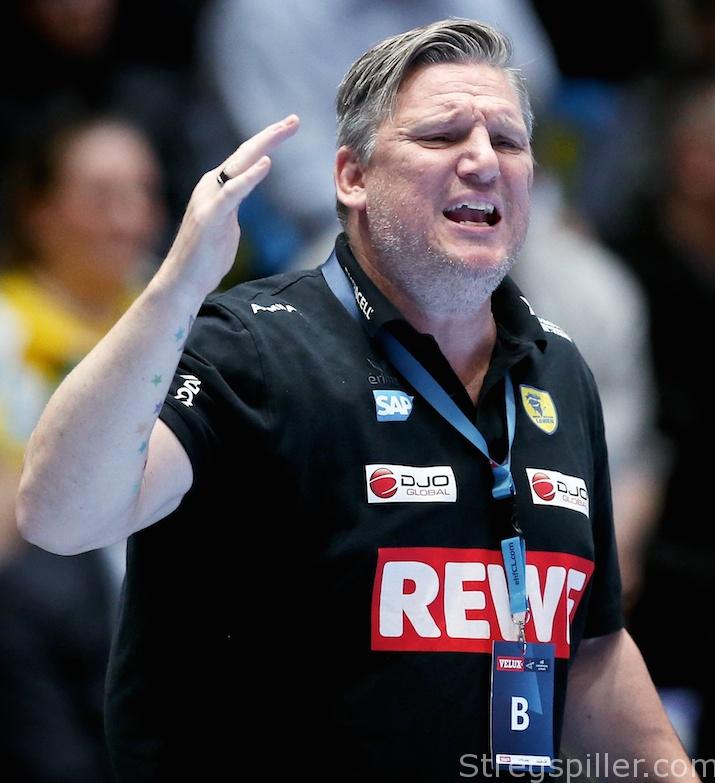 “Zebras” too fast for “Lions”

It was as handball-classic as many expected. The reigning German champion – Rhein-Neckar Löwen  – hosted Germany’s record champion, THW Kiel on Thursday night in a much-anticipated second-leg tie of their Champions League matchup.  The “Lions” had taken a slim, one-goal lead into the 2nd game, after winning in Kiel last week by a hair (24:23) and after squandering a six-goal lead.  A key question ahead of the encounter was: Would the “Lions” fade again?

They actually did as Kiel won the affair 26:24 courtesy of an outstanding performance of goalkeeper Niklas Landin and an “amazing team effort”, as Lukas Nilsson pointed out in the mixed zone, right after the game.

“We had so much fire in our eyes today, I think that made the difference in the two games between two amazing teams”, the Swede added.  He was spot on – Kiel showed exactly what it needed to, especially when considering the team’s personnel situation.

The guests had come to Mannheim with a number of key players not at full strength. Domagoj Duvnjak (he is facing knee surgery), made the trip, although he sat out during the loss at home.  Steffen Weinhold was announced to miss the match, but in the end he was on the court, just like Rene Toft Hansen.  But the Danish line-player exited the game quickly, when he was shown the blue card after taking down Andy Schmid.

“It looked a bit dangerous, but in the end it’s a decision you can take.  Alex Petersson told me right away that  it (the foul ed.) wasn’t that hard, but I was just too slow and should have put my body in a better position”, Toft Hansen explained afterwards.  But his early exit hardly had any impact.  Ilija Brozovic came on and replaced his captain. Kiel’s defense did a great job with the Croatian in the center, next to Patrick Wiencek.

However, Toft Hansen being out early didn’t make the difference, but another injury possibly did.  The saves of Andreas Palicka had brought the hosts into a good position, but a muscle injury forced the shot-stopper to leave the pitch with more than 15 minutes on the game clock.  Niklas Landin showed up big, while Mikael Appelgren, who had replaced Palicka, conceded some shots that his compatriot probably would have saved.

Moreover, the “Lions” had a lot of problems scoring from the back-court. If you didn’t watch the game you might wonder, as Kim Ekdahl du Rietz and Alexander Petersson combined for eleven goals.  Still, coach Alfred Gislason, called Landin the match-winner.  He opted for the Dane between the pipes instead of Andreas Wolff, as Landin knew the shooting habits of his former teammates to perfection.

The game remained a nail biter until the very end – almost, before the experience of Kiel and Christian Zeitz made the difference once again. He may be 36 years old and he didn’t score a single goal, but first he took a charge on Andy Schmid and shortly afterwards he intercepted a pass from Patrick Groetzki when the game was on the line.  No matter what you think about Zeitz, he’s born for crunch time.

Ultimately, Kiel deserved to advance, because the team was able to fight back from six goals down in the first leg to keep the match open, while showing a great fighting spirit in the return leg.  The strong-willed “Zebras” moved to the next round in an epic battle of handball.  Now, only Barcelona is standing between them and another trip to Cologne.  While I doubt that THW can pull off another “upset”, we should never underestimate the heart of Gislason’s squad.